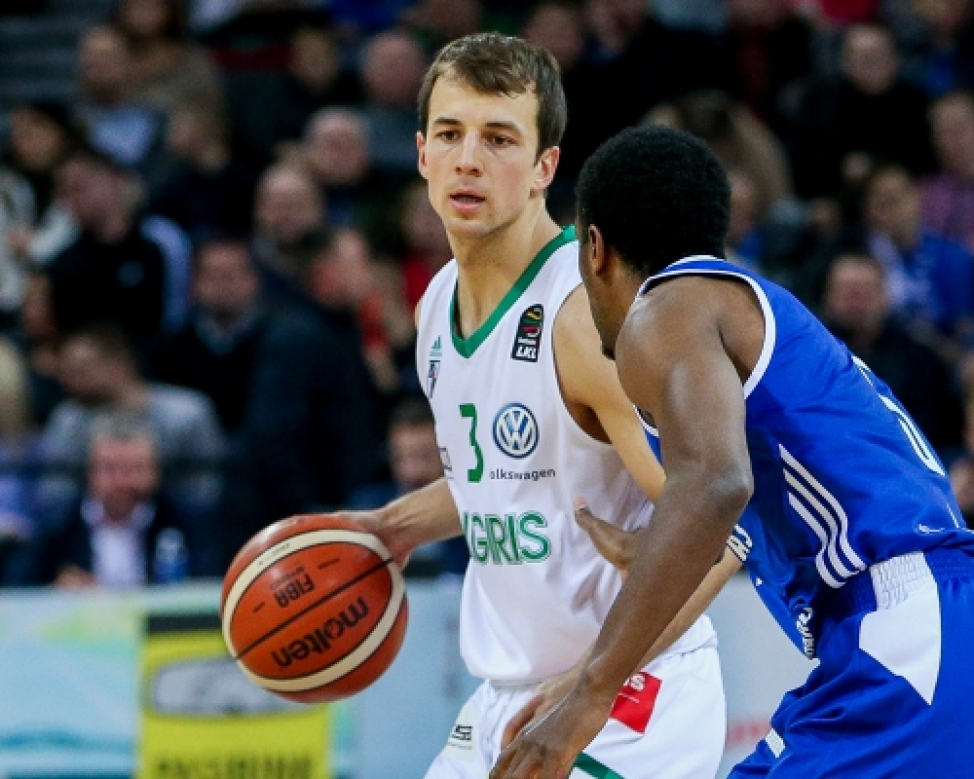 Despite a backing of 5500 fans, Neptunas' eight-game winning streak snapped when Zalgiris rolled into town. Having converted on 60 percent of their long-range shots, the defending Betsafe–LKL champions had to work hard for it but ultimately secured an 83-75 win.

It was the sixth consecutive victory for Zalgiris, as they improved their record to 17-2. It was the fourth loss this season for Neptunas and just their first one at home, as they dropped a spot and sit third with a 15-4 record.

It was quite an intense battle throughout the entirity of the game and Zalgiris were up by a single point mid-way through the final quarter. An 8-0 run created some breathing room for the visitors, as they finished the game strong to take home the victory.

Aaron White was the leading scorer for Zalgiris, as he recorded 15 points and 6 rebounds. Antanas Kavaliauskas added 12 points, while the trio of Edgaras Ulanovas, Kevin Pangos and Vasilije Micic all had 11 points to their names.

Edgaras Zelionis stood out as the best player for Neptunas, as he dropped 25 points. Simas Galdikas recorded an unusual statline, as he had 13 points, 8 rebounds and a season-high of 6 assists. Renaldas Seibutis chipped in with 11 points.

The second game of the night drew just as much attention, as basketball fans worldwide watched the Ball brothers score their first official points in their careers. Liangelo and Lamelo combined for 33 points, yet it was by far not enough, as Vytautas were dismantled by Pieno Zvaigzdes, losing 116-93.

The Pasvalys side gained a spot with this victory, as it allowed them to improve to 7-13 and surpass Siauliai for the sixth place in the standings. For Vytautas, the loss sends them to the very bottom of the standings with a 4-16 record.

Vyacheslav Bobrov led the victors both in scoring and rebounding, as he ended the night with 17 points and 9 rebounds. Trevon Hughes, Tomas Lekunas and Arturs Ausejs added 16 apiece, as veteran Steponas Babrauskas ended the game with 10.

Liangelo Ball found his ways of putting the ball in the hoop, as he led Vytautas in scoring with 20. Tomas Dimsa added 15 points and 6 assists, while Lamelo Ball finished the game with 13 points to his name. Edvinas Seskus and Kervin Bristol chipped in with 10 points each.