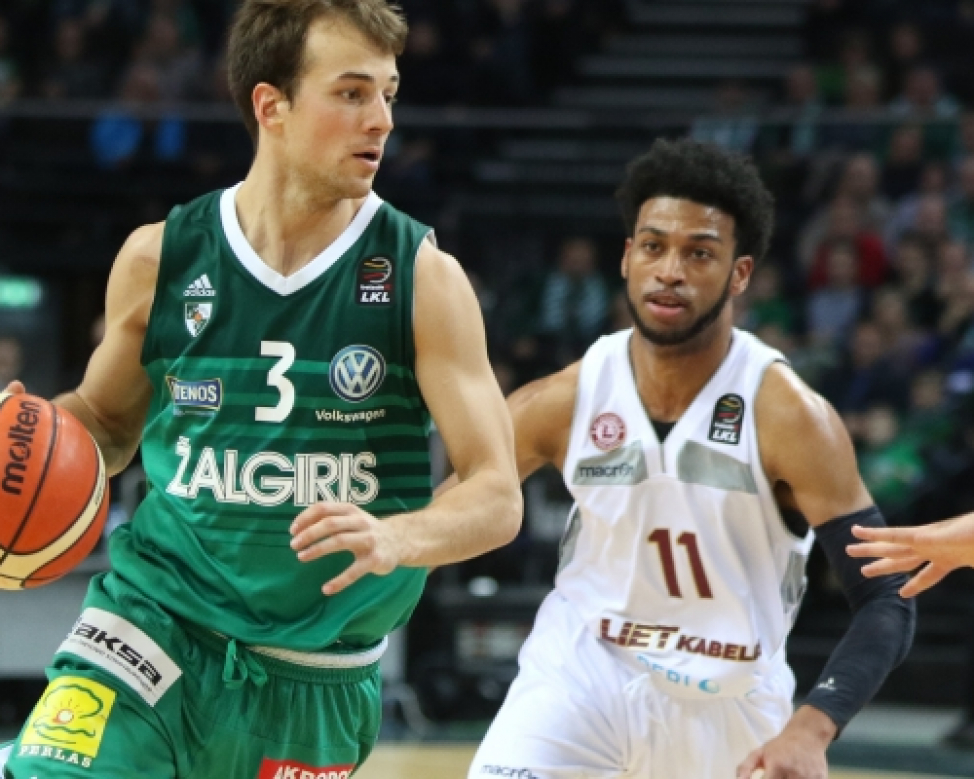 Defending champions Zalgiris inflicted the first defeat of the new Betsafe LKL season to last season's runners-up Lietkabelis in spite of nearly wasting a massive lead in the fourth quarter on Sunday in Kaunas.

The Kaunas club hung on to take a 92-90 victory after holding just barely holding off a ferocious fightback by their previously undefeated guests, having entered the final frame with a 19-point advantage.

Zalgiris dominated the game throughout the first three quarters and had an 80-61 edge before Lietkabelis mounted a fourth-quarter comeback that brought them within a couple of points in the final minute of the game.

Vasilije Micic and Antanas Kavaliauskas shared a team-high of 19 points for the victors, while Kevin Pangos added 17 points, 5 assists and 4 steals.

For Lietkabelis, who were without Ksistof Lavrinovic and Lorenzo Williams, Gary Talton stepped up in a big way with 20 points and 9 assists, with Zygimantas Skucas collecting 13 points.

Both teams are now level in the standings with a 8-1 record.

In the other game of the day, Dzukija overpowered Siauliai with an unexpectedly large 105-84 scoreline on the road in northern Lithuania behind a spectacular 16-point and 17-assist double-double by Alejandro Hernandez.

The 27-year-old Spanish playmaker was just one assist shy of equalling the league's all-time record that has been in place since 1995 and is co-owned by David Edwards and Aidas Viskontas.

Both teams started the game with an electric pace in the opening quarter, but Siauliai soon ran out of stream in spite of holding a 29-26 lead after the first period of play.

Having established a double-digit advantage after the halftime break, Dzukija ran away with the game to improve to a 4-5 mark in the league table, while the hosts dropped to 2-6.

Gediminas Navickas complemented Hernandez perfectly in the backcourt with a game-high 22 points after going 9-of-13 from the field, while Paulius Petrilevicius and Gediminas Zalalis added 15 points apiece.

Omar Prewitt led a five-player group in double figures for Siauliai with 14 points, with Donatas Sabeckis and Ignas Vaitkus lining up next with 12 points each.