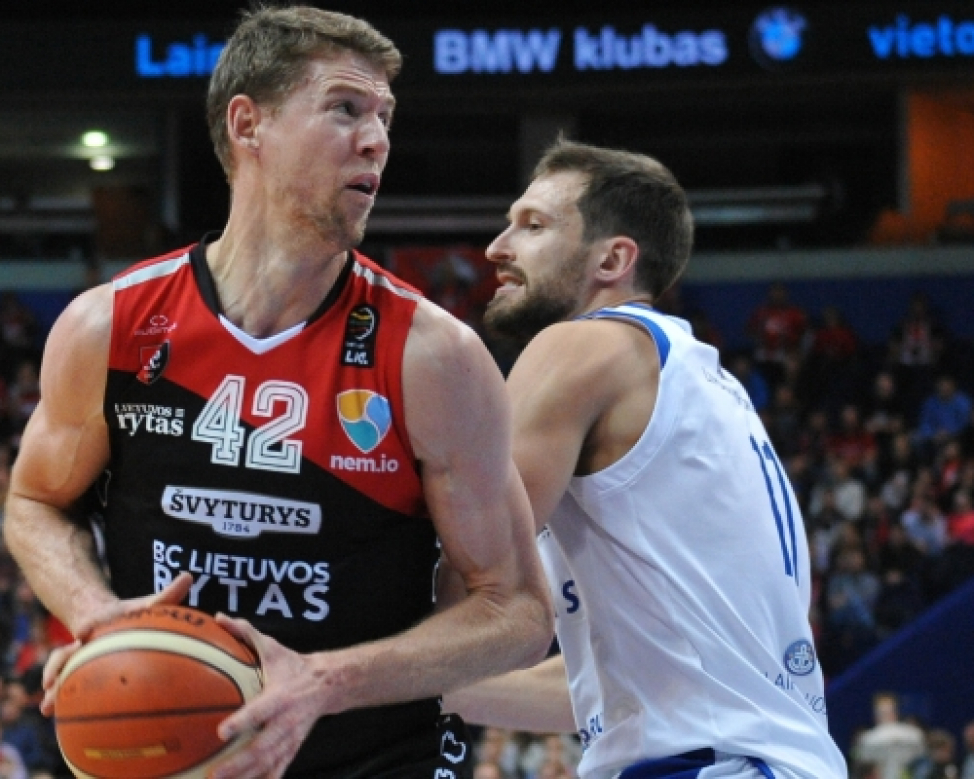 Lietuvos Rytas smother Neptunas, get back to winning ways

Lietuvos Rytas got back to winning ways in the Betsafe LKL with a convincing performance against Neptunas on their home floor in Vilnius, bouncing back after back-to-back losses in Siemens Arena.

The team from Vilnius came up short in derby against Zalgiris a week ago and then lost their European duel to Bilbao Basket, but led from start to finish against Neptunas en route to a 92-79 victory.

Paced by a 21-point, 7-assist and 4-rebound evening by Travis Peterson, Lietuvos Rytas ran away to a double-digit lead and cruised to a one-sided win.

Loukas Mavrokefalidis collected 18 points in 19 minutes of action, with Chris Kramer and Marc Carter chipping in with 12 points apiece in limited playing time, with their team improving to a 5-2 mark.

For Neptunas, who dropped to 5-2 themselves, Mindaugas Girdziunas scored a team-high 16 points, while Laimonas Kisielius set his new season-high with 13 points in a losing effort.

Elsewhere, early-season struggles continued for Juventus and Vytautas, who are rock-bottom in the table with identical 0-6 records after defeats to Dzukija and Pieno Zvaigzdes, respectively.

Ukrainian national team point guard Denys Lukashov, who signed with Vytautas last week, was quiet in his debut, as Vytautas stumbled to an 80-74 loss in Pasvalys.

Arturs Ausejs collected a team-high 17 points and 5 rebounds for the winners, with Nikita Balashov and Ryan Harrow chipping in with 14 and 13 points.

Eigirdas Zukauskas and Edvinas Seskus finished with 18 points apiece for Vytautas, as the newcomer Lukashov collected just 2 points in 11 minutes.

Meanwhile, Dzukija came back from behind in the fourth quarter to register an 88-86 win over the visiting Juventus in Alytus behind a 22-point and 7-assist game from Alejandro Hernandez.