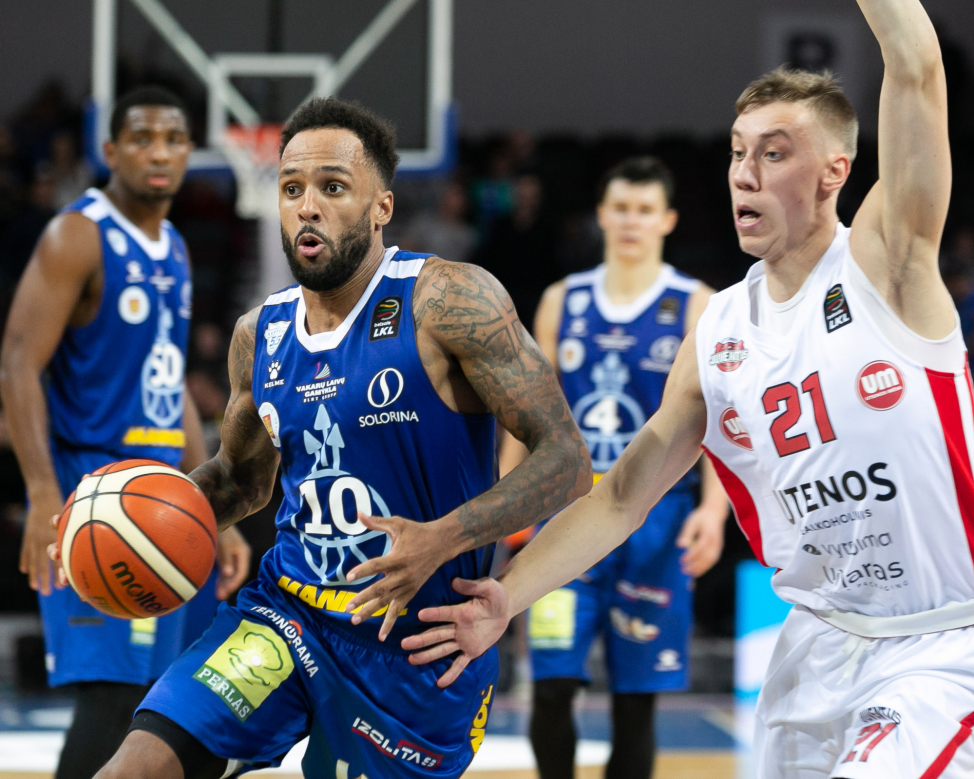 Home teams were the winners for the Betsafe LKL season opening night as Rytas Vilnius, Neptunas Klaipeda and Lietkabelis Panevezys beat the visitors.

Neptunas started the season with a strong win 80-67 against Juventus Utena, thanks for Zygimantas Janavicius, who was the player of the night with 14 points and 6 assists.

Juventus did not lead for a second and Neptunas controlled the game until the end. It was the first win for Neptunas newly promoted head coach Tomas Rinkevicius.

Darrin Dorsey was the top scorer for the hosts with 17 points, Ignas Vaitkus with 18 points was the leader for Juventus side.

Rytas Vilnius fought a hard win against Pieno Zvaigzdes Pasvalys, 95-84. Dainius Adomaitis side made a run on the 3rd quarter, took a 15-points lead (74-59) and recorded their first win of the season.

Eimantas Bendzius led Rytas with 24 points and 9 rebounds. Forward made 5 threes out of 7 and was player of the day with 31 efficiency points.

It was a night to forget for CBet Prienai team. Mantas Sernius side was poor on offence and lost to Lietkabelis Panevezys 61-74.

Leitkabelis made a run 17-2 in the 3rd quarter, took a lead 53-32 and won the season opening game at home court.

Martynas Sajus, who came back to Lithuania after a year in Poland, recorded 12 points and a career-high 12 rebounds. Tomas DImsa added 11 points, Zeljko Sakic had 10.

Skylar Spencer was the only on CBet side with a double-digit number, 10.

BC Siauliai faces champion Zalgiris Kaunas on the Sunday night. The game will be streamed online on Fanseat.com outside Lithuania.