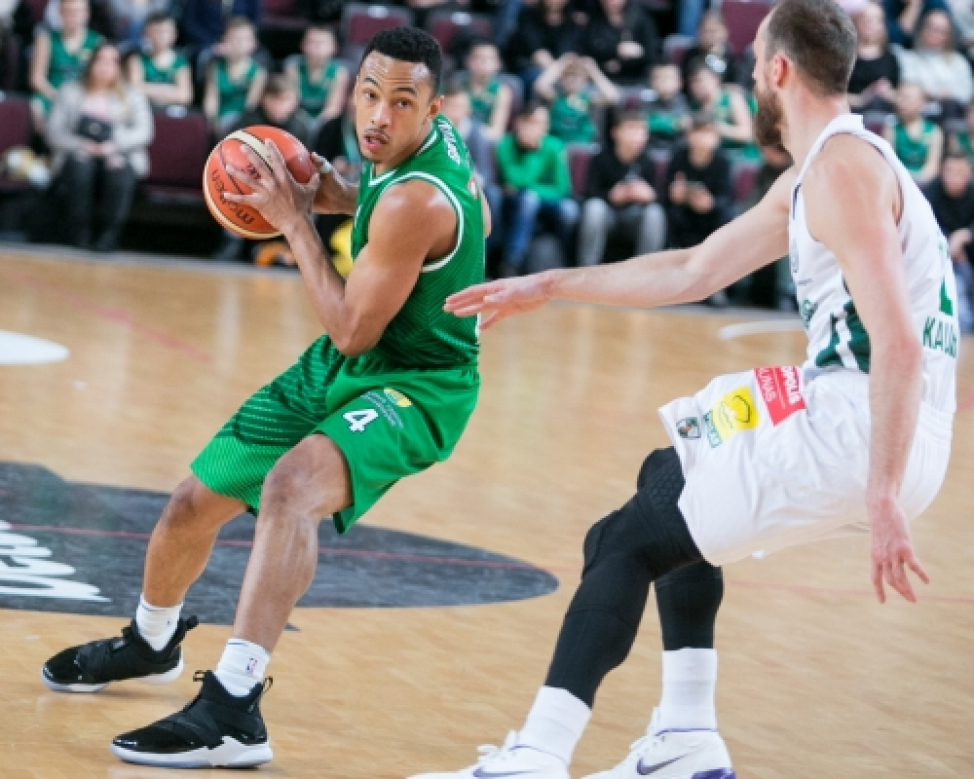 Dzukija extended the Pieno Zvaigzdes losing streak to five games in the Betsafe LKL, improving to an 11-21 record in the standings with a 75-70 victory over the Pasvalys club on Saturday.

The Andrej Urlep-coached side caught the seventh-ranked Skycop in the table, though their main rivals from Prienai have two games in hand at this point of the season.

Elijah Brown paced Dzukija with 25 points in the win, Paulius Petrilevicius and Egidijus Dimsa both collected 10 points, while Paulius Danisevicius chipped in with 8.

Meanwhile, Yannick Franke was the top scorer for Pieno Zvaigzdes with a double-double of 22 points and 10 rebounds. Jay Threatt and Yancy Gates had 13 and 10 points, respectively.

In the other game of the day, Juventus performed a demolition job on Nevezis, who were coming off their sensation mid-week victory over Rytas in Vilnius.

Juventus dominated from start to finish to claim an 87-55 win, Tomas Dimsa leading the way with 23 points and 7 rebounds. Kenny Gaines had a solid outing with 12 points, while Martinas Geben pitched in with 11 points and 8 rebounds.

Martin Junakovic and Gabrielius Maldunas were the lone bright spots for Nevezis with 20 and 12 points, respectively.