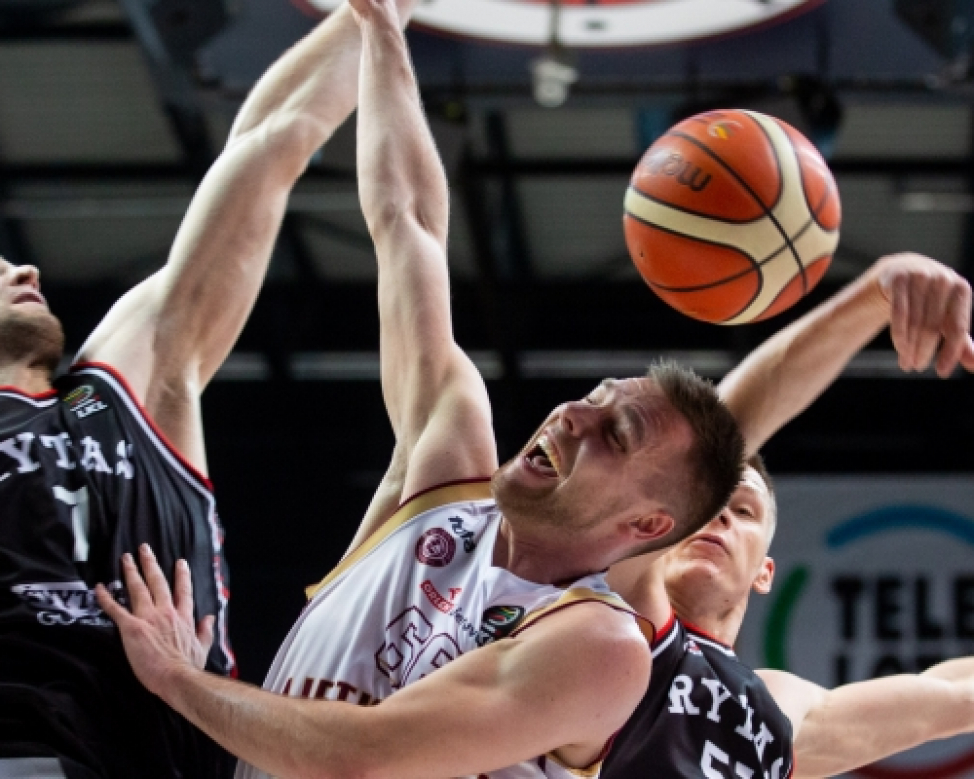 Lietkabelis taught Rytas another lesson in the Betsafe LKL, taking down the capital club 96-75 on the road in Vilnius, while Neptunas and Pieno Zvaigzdes also snatched up wins on Saturday.

The Nenad Canak-coached visitors from Panevezys set the tone at the Siemens Arena with a 32-point opening quarter and maintained a steady advantage throughout the contest to improve to an 11-8 record.

Paulius Valinskas was the top scorer for Lietkabelis with 19 points, Simas Jasaitis performed well against his former club with 18 points and 8 rebounds, while Mindaugas Kupsas collected 14 points and 5 boards.

For Rytas, Chris Kramer had a team-high 15 points, as D.J. Seeley and Deividas Sirvydis were the only double-digit scorers with 14 and 11 points, respectively.

The defeated Rytas fell to 14-5 and relinquished control of the second position in the standings to Neptunas, having only regained it last weekend.

Neptunas took advantage of the situation with a convincing 85-68 win over Skycop Prienai in Klaipeda, bumping their record to 15-4 which puts them two games behind top-of-the-league Zalgiris.

Jerai Grant paced the seasiders with 17 points and 6 rebounds, Deividas Gailius scored 15 points, while Osvaldas Olisevicius and Tomas Delininkaitis had 10 points each in the win.

On the other side of the floor, Mindaugas Lukauskis and Anthony Lee shared a team-best 13-point mark, as Zygimantas Janavicius collected a double-double of 11 points and 10 rebounds with a side dish of 5 steals.

The most entertaining battle of the day took place in Pasvalys, where Zygimantas Skucas willed Pieno Zvaigzdes to a 110-107 overtime win over Dzukija with 25 points, 7 rebounds and 3 steals.

Tomas Lekunas caught fire from deep for 21 points and 5 boards, while Jay Threatt chipped in with an efficient 20-point and 7-assists performance for the home side.

Meanwhile, Paulius Petrilevicius had 30 points and 9 rebounds in a losing effort for Dzukija, as Dominykas Domarkas scored 23 points and dished out 12 assists.