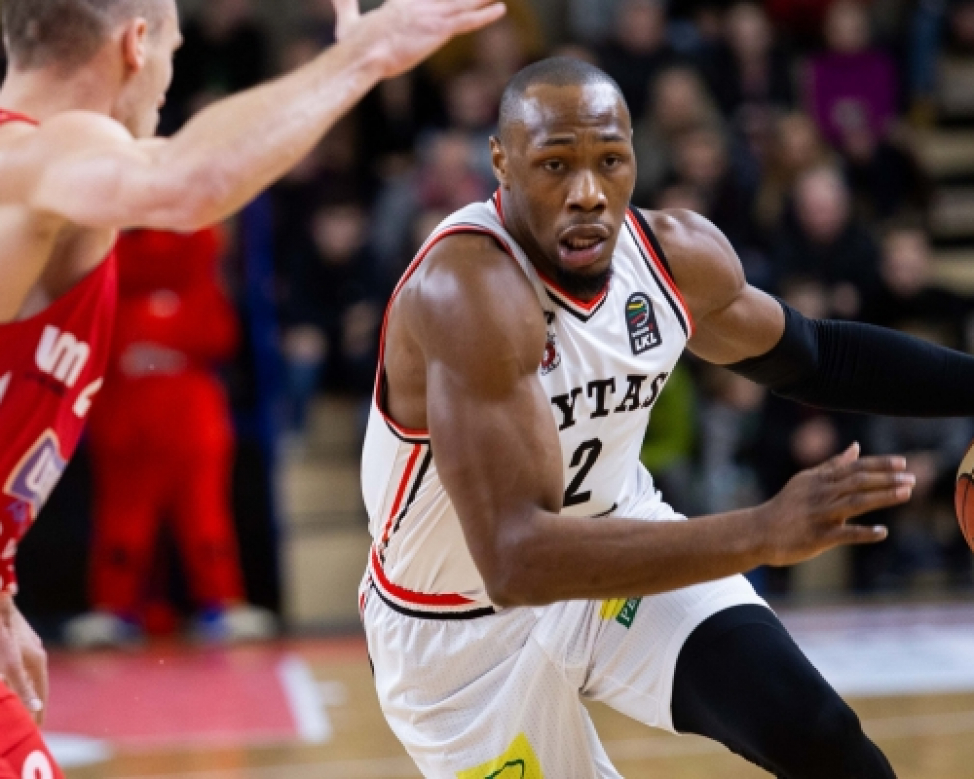 Sutton leads Rytas past Juventus; Skycop pull off an upset in Panevezys

Dominique Sutton caught fire from three-point range to lead the surging Rytas past Juventus in Utena, while Pieno Zvaigzdes and Skycop came up with wins in the other Saturday fixtures in the Betsafe LKL.

The Dainius Adomaitis-coached capital club scored a 79-68 triumph on the road to improve to a 13-4 record in the league table, with the American forward connecting on 5-of-6 attempts from deep for a game-high 22 points.

Mindaugas Girdziunas chipped in with 14 points for Rytas, Arnas Butkevicius collected 13 points and 8 rebounds, as Artsiom Parakhouski and Rok Stipcevic added 8 points each.

Meanwhile, Tomas Dimsa had 22 points for the home side, while Aleksandr Zakharov and Martinas Geben finished the contest with 13 and 12 points, respectively.

The defeat saw Juventus slide down to a sixth place with a 7-10 mark, as Pieno Zvaigzdes inscribed a one-sided 92-67 win over Nevezis to move to a 6-9 record.

The Pasvalys club had five double-digit scorers in the lopsided victory, with Gytis Sirutavicius leading the efforts with 16 points. Tomas Lekunas had 15 points, while Emmanuel Omogbo provided 13 points.

On the other end, Nevezis swingman Gintautas Matulis was the only player in double figures with 14 points.

In the last Saturday game, the Darjus Lavrinovic and Michael Bruesewitz-led Skycop surprised Lietkabelis with an 81-73 road victory in Panevezys to put pressure on the higher-ranked trio of Pieno Zvaigzdes, Juventus and Dzukija with a 6-11 record.

Lavrinovic had a team-high 14 points in the victorious performances, while Bruesewitz chipped in with 13. Jamar Wilson of Lietkabelis was the game's leading scorer with 21 points to his name in the boxscore.