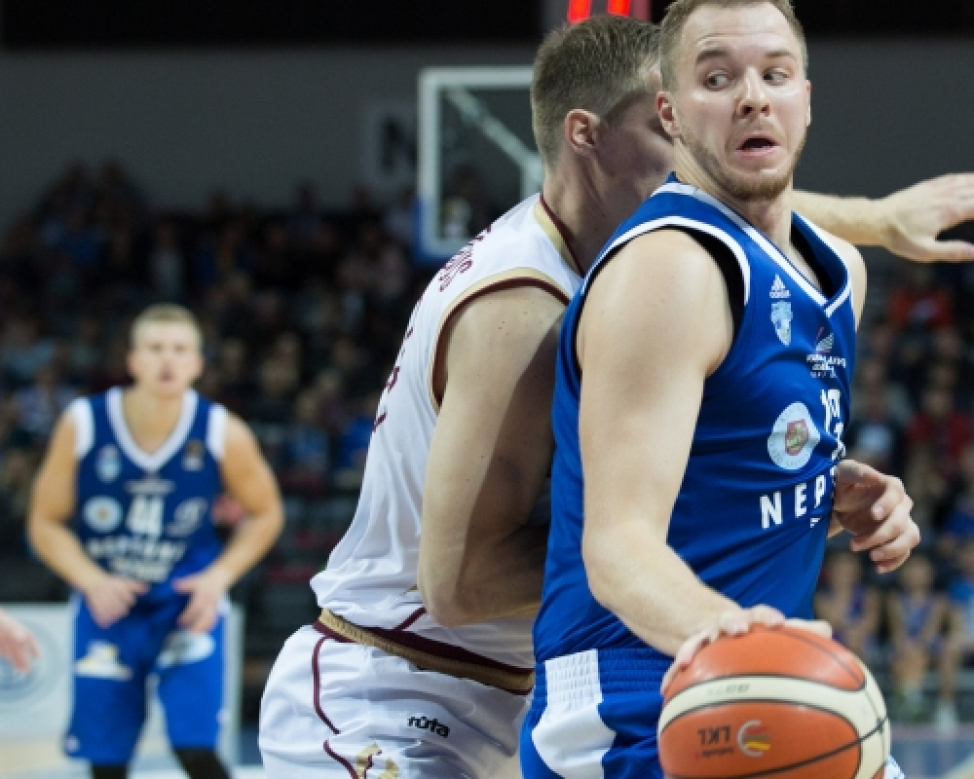 Neptunas regained the top spot in the Betsafe LKL standings after defeating Juventus in a close-fought contest in Klaipeda on Sunday, while Nevezis pulled off an upset against Skycop at home in Kedainiai.

The Kazys Maksvytis-coached Neptunas moved to a league-best 6-1 mark with an 81-70 victory against the visiting Juventus, who dropped to 2-5 following a slow start to the season.

Osvaldas Olisevicius turned in a 15-point and 9-rebound performance for the hosts, while Lorenzo Williams collected 13 points, 7 assists and a pair of steals. Gytis Masiulis had 11 points, 8 rebounds and 2 blocks.

In the other game of the day, Nevezis turned around a 15-point deficit to surprise Skycop with an 80-78 victory and improve to 2-5 in the league table.

Martynas Varnas and Gabrielius Maldunas had identical 14-point and 8-rebound performances for the Kedainiai club, while Regimantas Miniotas and Nikita Balashov chipped in with 9 points apiece.

For the visitors from Prienai, Darjus Lavrinovic had 24 points on 9-of-16 shooting from the field but couldn't help his team down the stretch after fouling out. Ovidijus Varanauskas and Mike Bruesewitz added 17 and 13 points, respectively.