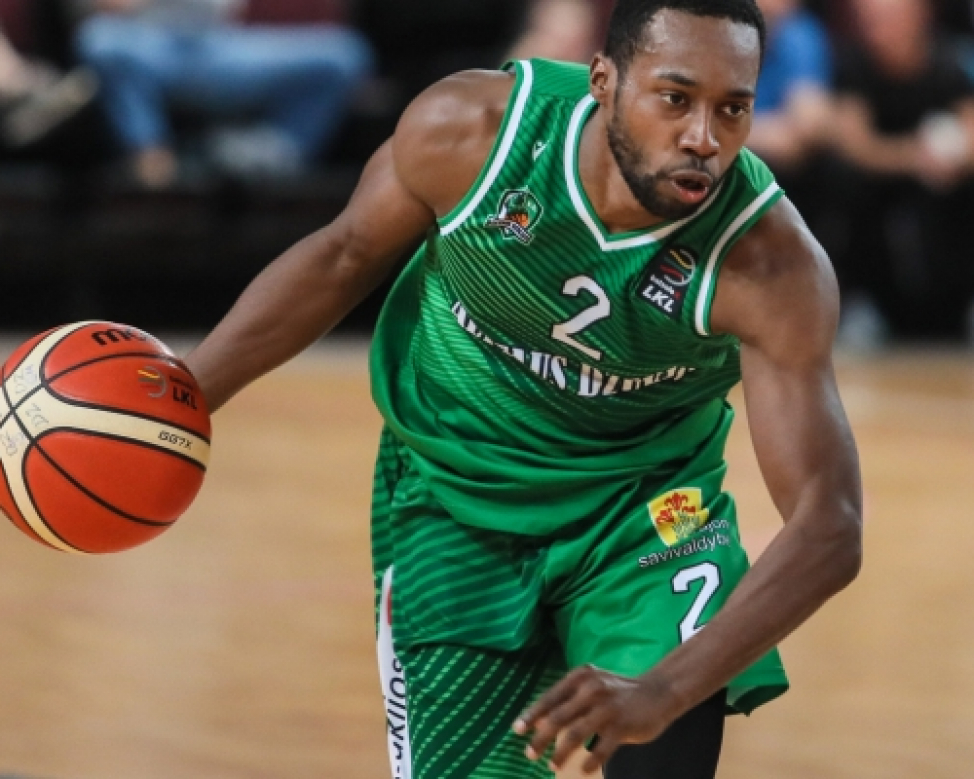 Dzukija, Nevezis, Juventus and Skycop advanced to the second round of the King Mindaugas Cup after besting their rivals from NKL. Despite some close contests, all four Betsafe LKL sides escaped unscathed in second-leg action.

Having won the first meeting against Zalgiris-2 by just five points, Dzukija scored an 86-70 victory in the return leg in Alytus. However, the final scoreline does not reflect the fact that the Andrej Urlep-coached were still behind early in the third quarter.

Kendrick Brown knocked down six triples en-route to a game-high 26 points, while Dominykas Domarkas chipped in with 14 points for the winners. Arnas Adomavicius and Lukas Uleckas had 14 points apiece for the Zalgiris reserves.

Nevezis downed Suduva-Mantinga 87-80 in Kedainiai with Jon-Christopher Fuller leading the way with a 15-point output for a 14-point win on aggregate.

Chauncey Collins and Gabrielius Maldunas had 14 and 13 points, respectively, for Nevezis, while Suduva big man Edvinas Jezukevicius collected 27 points and 6 rebounds in a losing effort for the visitors.

Juventus rolled past Neptunas-Akvaservis with a 100-57 scoreline, as Kenny Gaines had his best game of the season with a game-high 24 points. Marius Runkauskas collected 17 points, while Karolis Guscikas double-doubled with 14 points and 10 rebounds.

Meanwhile, Herkus Kumpys and Ignas Ramasauskas had 13 and 12 points, respectively, for the Neptunas reserves.

In the only other game of the day, Skycop followed up their big win over Vytis on the road with a 91-79 victory at home. Austin Arians was the team's leading scorer with 14 points, while four other players entered double-digit territory for coach Virginijus Seskus.

Aurelijus Pukelis had a game-high 27 points and 8 rebounds for Vytis in just 18 minutes of action.