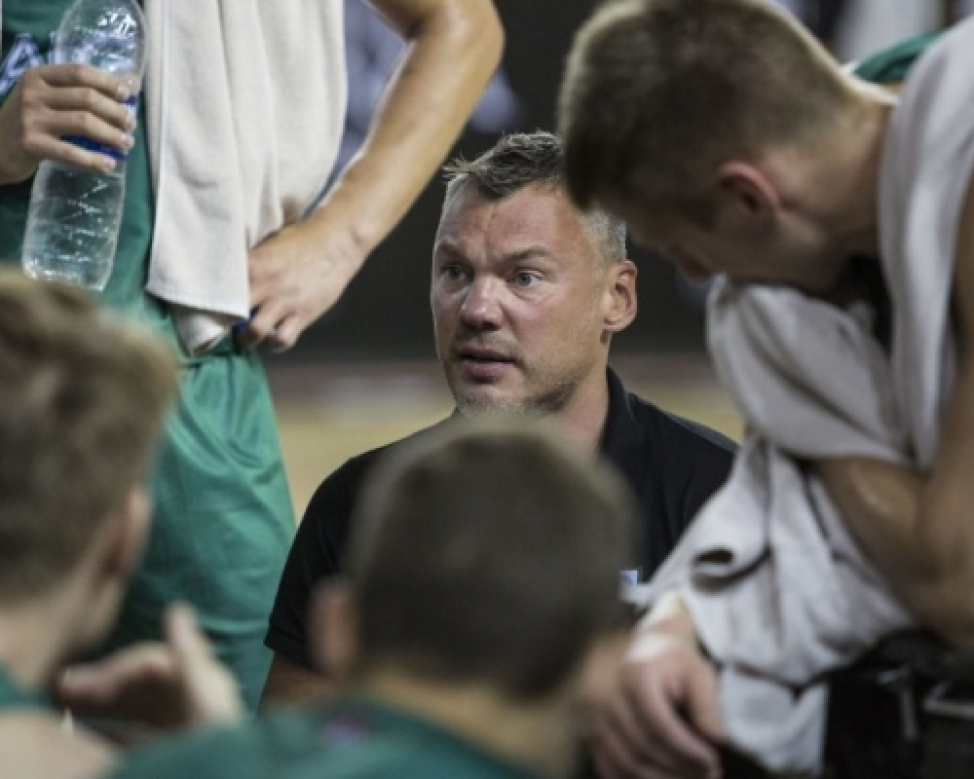 The defending Betsafe LKL champions Zalgiris will have the honor of getting the domestic season underway in Lithuania, lifting the curtain on the 2018-19 campaign with a home fixture against Pieno Zvaigzdes on Saturday.

Having won the last eight editions of the competition, the Sarunas Jasikevicius-coached Kaunas powerhouse will be looking to extend their dominance, but the rest of the field worked hard during the off-season to be in a position to compete.

Before the opening weekend of the season, let's examine what the clubs were able to accomplish during the summer.

After wrapping up their record eighth consecutive Betsafe LKL title, Zalgiris wasted no time in the off-season and shifted into title defense mode early in the summer.

Having retained the services of head coach Sarunas Jasikevicius, the club also kept team captain Paulius Jankunas and a large number of other key players. Brandon Davies, Aaron White, Edgaras Ulanovas, Antanas Kavaliauskas and Arturas Milaknis all returned for another go-around in Kaunas.

A new name, a new logo, a new coach and a new roster. A top-to-bottom makeover has Rytas entering campaign with a greater sense of ambition after returning to the Finals after a two-season absence.

After being chose as the successor to Rimas Kurtinaitis, the newly-appointed Dainius Adomaitis oversaw the signings of Dominique Sutton, Eimantas Bendzius, D.J. Seeley, Evaldas Kairys and Matt Farrell.

However, arguably the biggest off-season move was re-signing point guard Chris Kramer, who was later chosen as the team captain by his teammates. Other returning players include Martynas Echodas, Mindaugas Girdziunas, Arnas Butkevicius and Deividas Sirvydis.

One of the club's top prospects, Marek Blazevic could also see some time with the main team in the Betsafe LKL on a double license.

Neptunas was another Betsafe LKL side that saw a lot of change during the off-season, having had to look for replacements to last year's stars Renaldas Seibutis and Edgaras Zelionis, both of whom signed with clubs abroad.

Heading into the new season, Kyle Weaver stands out as the biggest summer signing for coach Kazys Maksvytis, who had his squad bolstered by Jerai Grant, Lorenzo Williams, Paulius Dambrauskas, Osvaldas Olisevicius and Gytis Masiulis, who arrived on loan from Zalgiris.

Among the players who stayed, one would be able to find the names of team captain Simas Galdikas, veterans Tomas Delininkaitis and Laimis Kisielius, as well as youngsters Laurynas Beliauskas, Dziugas Slavinskas and Arunas Mikalauskas.

After the high of reaching the Betsafe LKL Finals in a historic 2016-17 campaign, Lietkabelis fell outside the podium last season and decided to start from scratch, retaining only Simas Jasaitis, Dominik Mavra and Donatas Tarolis and newly-appointed head coach Gintaras Kadziulis, who previously worked as an assistant.

The Antanas Sireika-coached Siauliai became the darlings of the last Betsafe LKL season, finishing the Regular Season in 5th place and pushing Lietkabelis to four games in the Quarter-Finals.

Recreating the same sort of success will be a challenge for the team, having lost all of the cornerstone pieces in Laurynas Birutis, Donatas Sabeckis, Nick Zeisloft and Akeem Wright over the summer.

Coach Sireika will try to put together another winning squad from the returning Arminas Urbutis, Kristupas Zemaitis, Evaldas Saulys, Sarunas Beniusis and Ignas Vaitkus, as well as a new crop of signees – Christian Terrell, Diego Kapelan and Ronald Delph.

Tomas Galeckas and Tomas Lekunas were the only players Pieno Zvaigzdes coach Gediminas Petrauskas kept from last season, choosing to rebuild the squad to fit his vision after joining the club in the midst of the campaign last year.

Having decided not to play internationally, Juventus enter the new Betsafe LKL season looking for a much-needed bounce back after last year's largely disappointing campaign.

Zydrunas Urbonas stayed on as head coach after successfully finishing last season, but retooled the roster ever so slightly with Vaidas Cepukaitis, Gytis Radzevicius, Aleksandr Zakharov, Arnas Berucka, Alex Hamilton and Martinas Geben, who is on loan from Zalgiris.

Team captain Arvydas Siksnius, Karolis Guscikas, Kenny Gaines and Dovis Bickauskis will offer some continuity, having been among the most important players on the squad last year.

It would be difficult to recognize Nevezis after their busy off-season in the summer market, with head coach Ramunas Cvirka and big man Gabrielius Maldunas providing the only common thread.

A forgettable end-of-the-season display saw Dzukija miss out on the Play-Offs last year and was also the main reason to reunite with Slovenian specialist Andrej Urlep, who returns to the Betsafe LKL after a one-year stint in Poland.

The summer additions of Kendrick Brown, Arturas Jomantas, Devante Wallace, Waverly Austin and Egidijus Dimsa will be a big boost for Dzukija, though the departures of Parrish Petty and Alan Wiggins will be missed as well.

There wasn't a Betsafe LKL team that changed over the summer as much as Prienai, who adopted Skycop as their preferred name for the upcoming season. After last season's Ball-inflicted drama left them at the bottom of the standings, the club went for a full revamp and made arguably the biggest qualitative leap in the league roster-wise.

Newly-signed twins Ksistof and Darjus Lavrinovic kept the brother motive alive in Prienai, while being joined by two-time EuroLeague champion Martynas Gecevicius and other experienced veterans in Mindaugas Lukauskis and Gintaras Leonavicius.