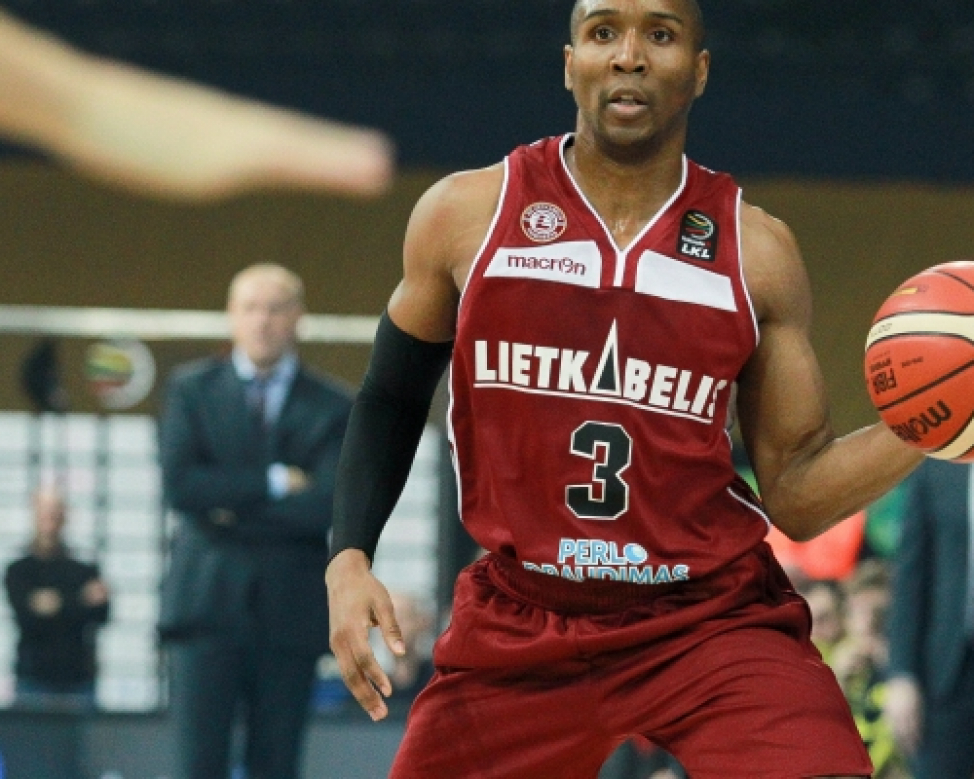 Siauliai give Lietkabelis a scare; Nevezis unable to put up a fight against Zalgiris

While in quite different scenarios, both Lietkabelis and Zalgiris managed to retain home-court advantage and gain a 1-0 lead in their respective Betsafe-LKL Quarterfinals matchups.

Despite having held a 20-point lead after three quarters, Lietkabelis gave their home fans a bit of a scare, as they allowed Siauliai to regain momentum and cut the deficit to just 8 in a matter of minutes. Nevertheless, Lietkabelis managed to stay on top and came out with a double-digit 103-86, win.

Siauliai's offense was once again spearheaded by regular season MVP Laurynas Birutis, who dropped 22 points. Vytautas Sarakauskas chipped in with 12, Arminas Urbutis had 11, while Evaldas Saulys ended up with 10. Karolis Lukosiunas put up points in bunches, as he got three three-pointers to fall for a total of nine points. Donatas Sabeckis finished with 4 points, 8 rebounds and 13 assists.

In the other game of the night, it took a little while for Zalgiris to get it rolling, but they managed to cut loose and soared to an impressive 95-70 victory.

The bigs did the lion's share of work for Zalgiris, as Antanas Kavaliauskas and Brandon Davies dropped 19 and 16 points, respectively, while Aaron White added 14 to the tally. Vasilje Micic did well to find his teammates open, as he flirted with a double-double, scoring 9 points and dishing out 10 assists. Alex Toupane added another 9 points to the tally.

For Nevezis, Lester Medford Jr. was the leading scorer with 19 points. James Woodard added 15 to the tally, while Justas Tamulis dropped 9. Both Gintautas Matulis and Margiris Normantas finished up with 8 points apiece.