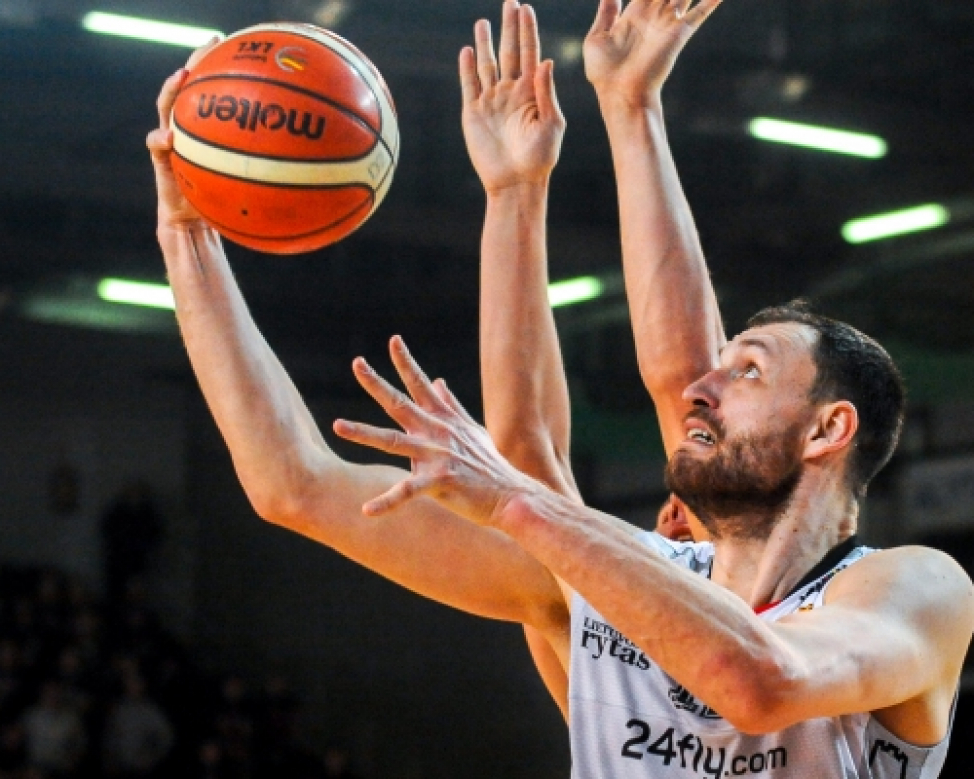 The Vilnius side are currently first in the league with a 29-6 record, while Pieno zvaigzdes sit sixth with a 13-21 record.

Mavrokefalidis put up 27 points in just 14 minutes, making 9-of-10 from the field. He also added 3 rebounds and a steal for a total of an efficiency rating of 32.

Rokas Giedraitis added 16 points, as Martynas Echodas picked up a double-double with 11 points and 10 rebounds. Arturas Jomantas had 10 points, 4 rebounds and 3 blocks.

Juventus found themselves playing with fire, as they squandered a sizeable lead, but managed not to get burnt, defeating Dzukija 73-68.

The Utena side climbed a spot in the standings, as they improved their record to 12-22, while Dzukija is now officially out of playoff contention, as they dropped to 10-25.

Arvydas Siksnius led the way for Juventus with 16 points and 6 boards, as Karolis Guscikas added 14 and 10. Simas Buterlevicius and Dovis Bickauskas had 13 points apiece as they also added 5 and 6 rebounds, respectively. Maksym Korniienko ended the night with 9 points and 13 rebounds.

Parrish Petty dropped 20 points and 8 rebounds for Dzukija. Anatoly Kashirov had 11 points, while Paulius Danisevicius ended up with 10.

Zalgiris secured another easy win, defeating Nevezis 87-65 for their 28th win of the season.

The result sets Zalgiris record to 28-4, with a marathon of games coming up soon. Nevezis are still in line for the playoffs with a 12-23 record.

Brandon Davies had a great night all-around, scoring 18 points on 8-of-9 shooting, picking up 6 rebounds and blocking 4 shots. Antanas Kavaliauskas had 12 points, while Aaron White added another 10. Edgaras Ulanovas finished up with 9.

Aleksandr Zakharov had a game-high 22 points for Nevezis, while Lester Medford Jr. added 11. Vaidotas Volkus and Gintautas Matulis both had 10 points.

Arturs Ausejs had 13 points for Pieno zvaigzdes, as Vyacheslav Bobrov chipped in with a dozen. Steponas Babrauskas and Nikita Balashov had 11 apiece.

In the last game of the night, Siauliai secured an easy victory over their future Quarterfinals opponents, Lietkabelis. Having run off by double-digits in the second quarter, they finished strong and enjoyed an 87-65 win.