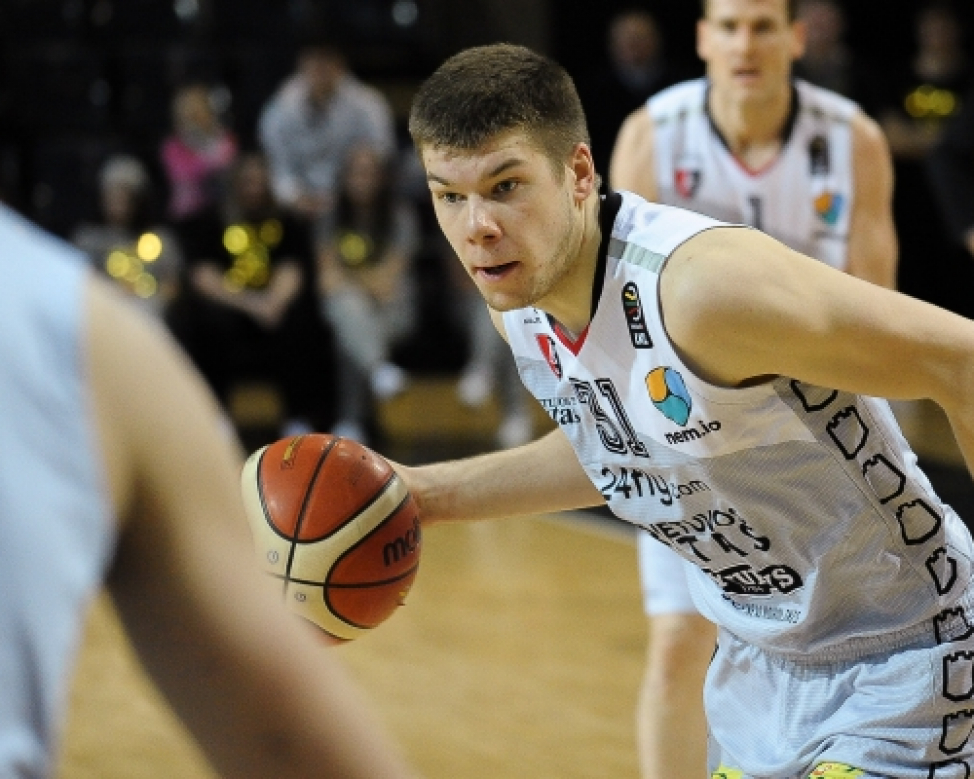 Lietuvos Rytas had to go through more trouble than they bargained for as they faced off against one of the league's bottom-dwellers, Nevezis, in the first game of Saturday night. The Vilnius side managed to go out on top 83-73 in what turned out to be a very heavily-contested match-up.

Lietuvos Rytas improved to a record of 18-4 and got themselves some separation from third-placed Neptunas in the standings, while Nevezis are much closer to the bottom of the standings with a record of 6-16.

Rokas Giedraitis led the victors with 21 points, as Mindaugas Girdziunas added 15. Loukas Mavrokefalidis chipped in with a dozen, while Jimmy Baron finished up with 11 points.

Lester Medford had a game-high 22 points for Nevezis, as he was accompanied by a 12-point performance from Gabrielius Maldunas and 11 points from James Woodard.

Pieno Zvaigzdes turned some heads with their 87-83 victory over third-placed Neptunas, which helped them assert their position as the sixth seed in the standings. They led practicacally end-to-end, with Neptunas clinging on to the lead for just 45 seconds.

The victory improves the Pasvalys side's record to 8-14, giving them a two victory advantage over Siauliai and Dzukija. For the visitors, the loss drops them to a 16-5 record but still has them in the third spot.

Vyacheslav Bobrov posted 18 points for the hosts, as Trevon Hughes contributed 16 points and 7 rebounds. Jahenns-Ley Manigat and Steponas Babrauskas had 12 and 10 points, respectively.

Renaldas Seibutis put in a great performance for Neptunas, scoring 22. Edgaras Zelionis finished the game with 16 points, Tomas Delininkaitis added 11, while Brandon Fields ended up with 10.

Lietkabelis rose victorious in the final game of the night, as they defeated a feisty Siauliai club, 94-83. Despite a late push by the visitors, Lietkabelis led by a safe margin throughout the second half and and enjoyed a double-digit victory when it was all said and done.

Lietkabelis seem in line for home-court advantage in the post-season, as they've improved to a record of 14-8, while also chipping at the gap between them and Neptunas, who sit a position above them. The loss sees Siauliai's record drop to 6-14, as they continue their fight for a spot in the Playoffs.

Lorenzo Williams had an well-rounded performance for Lietkabelis, swishing and dishing for 24 points and 6 assists. He also added 4 rebounds and 3 steals to the tally. Lukas Aukstikalnis had 14 points, Ksistof Lavrinovic added 13, while his brother Darjus ended up filling the stat-sheet with 9 points, 6 rebounds and 5 assists.

Arminas Urbutis led Siauliai in scoring, as he put up 18 points and 7 rebounds. Laurtynas Birutis was efficient with 13 points and 8 boards, while Kristupas Zemaitis and Akeem Wright finished up with 11 points in their respective accounts.