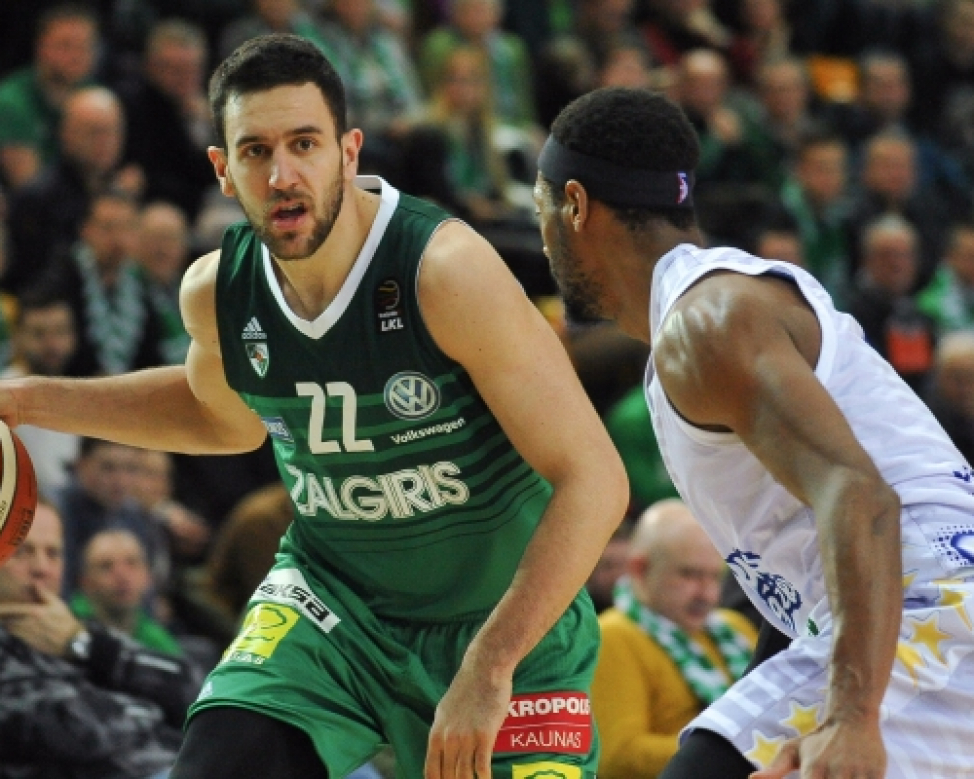 Top of the table Zalgiris marked a temporary return to the historic Kaunas Sports Hall with a double-digit win against Pieno Zvaigzdes, inscribing a 91-80 victory on Sunday.

Having blown out their opponents from Pasvalys twice this season, the defending Betsafe LKL leaders had to work harder this time around, but did eventually move their marker to 19-2 in the standings.

A strong second-quarter performance had allowed Zalgiris to build a 48-34 advantage, but an 11-0 run to start the third period by Pieno Zvaigzdes reintroduced competitiveness into the game, but the hosts remained ahead.

Serbian guard Vasilije Micic collected a team-high 16 points after going 5-of-5 from the field, Gytis Masiulis added 13 points and 4 rebounds, while Axel Toupane chipped in with 12 points.

Pieno Zvaigzdes were paced by Vyacheslav Bobrov, who finished the contest with 24 points on perfect 9-of-9 shooting and 5 rebounds, with Lis Shoshi and Jahens-Ley Manigat scoring 10 points apiece.

In a rough patch for the team, the sixth-placed Pasvalys side dropped to a 7-14 mark, with three teams in the Betsafe LKL table now just a single game behind.

One of such teams, Nevezis, celebrated a dramatic 70-67 victory over Siauliai to climb to a 6-15 record behind a 13-point and 13-rebound double-double by Gabas Maldunas and clutch play from Margiris Normantas down the stretch.

On loan from Lietuvos Rytas, Normantas made three difference-making free-throws at the end of the game and also finished the night with 13 points, with Gintautas Matulis and Valerii Likhodei adding 12 each.

For Siauliai, who dropped to 6-13, Nicholas Zeisloft had 23 points, while Laurynas Birutis and Akeem Wright scored 12 points each. Donatas Sabeckis also had a notable performance, collecting 8 points, 9 rebounds and 7 assists, but also committing 7 turnovers.