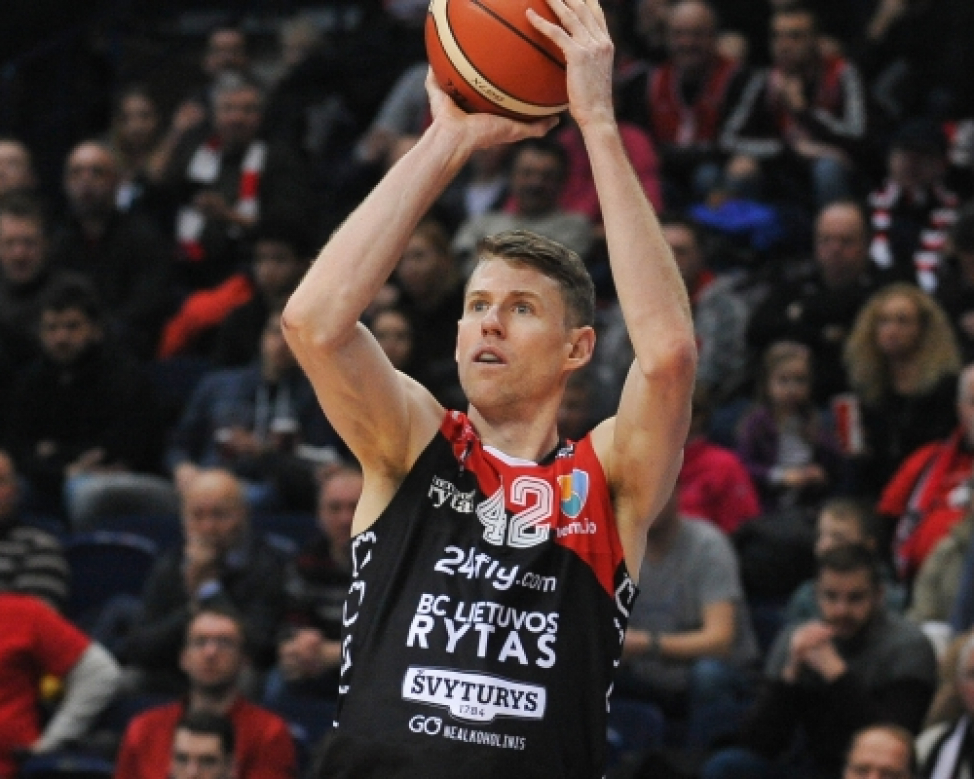 The hosts were prominent from beyond the arc all game long, knocking down 9-of-13 in the first half. Having cut loose with a 20-point lead at halftime, they added another eight three-pointers in the second part of the game and watched the margin grow in what turned out to be a marvellous victory.

Travis Peterson enjoyed an outstanding game, as he knocked down five three-pointers to lead his team in scoring with 24 points. Mindaugas Girdziunas added 18 points and 7 assists, while Jimmy Baron and Martynas Echodas finished with 12 and 11 points, respectively.

Zanis Peinars was once again Lietkabelis' top performer, as he led the team in scoring and rebounding with 12 points and 8 boards. Donatas Tarolis and Lukas Aukstikalnis came off the bench to add another 11 points each.

The win allows Lietuvos rytas to climb the standings to the second position with a 16-4 record, while Lietkabelis dropped to a 13-7 record which still has them in the fourth spot. This was the visitors' first loss under the guidance of Ramunas Butautas.

There wasn't much drama in Utena either, where Juventus got ahead early and steamrolled past Nevezis with their highest-scoring game of the season.

The 110-81 win allowed Juventus to solidify their spot in the standings as the fifth-best team in the league with an 8-12 record. Meanwhile, Nevezis dropped to 5-15 and are on the outside looking in when it comes to the playoffs picture.


Juventus had five players scoring in double-digits, with Anthony Ireland's 19 points leading the way. Mindaugas Kupsas flirted with a double-double, as he collected 18 points and 9 rebounds, while both Arvydas Siksnius and LaRon Dendy had 16 points apiece. Maksym Korniienko ended the game with 14, as Dovis Bickauskas added 8 points and a season-high 10 assists.

Lester Medford Jr. was quick on the trigger and finished with 17 points on 14 shot attempts. leading Nevezis in scoring. Valerii Likhodei chipped in with 16, while Gintautas Matulis was the third player in double-digit scoring with 10 points to his name.