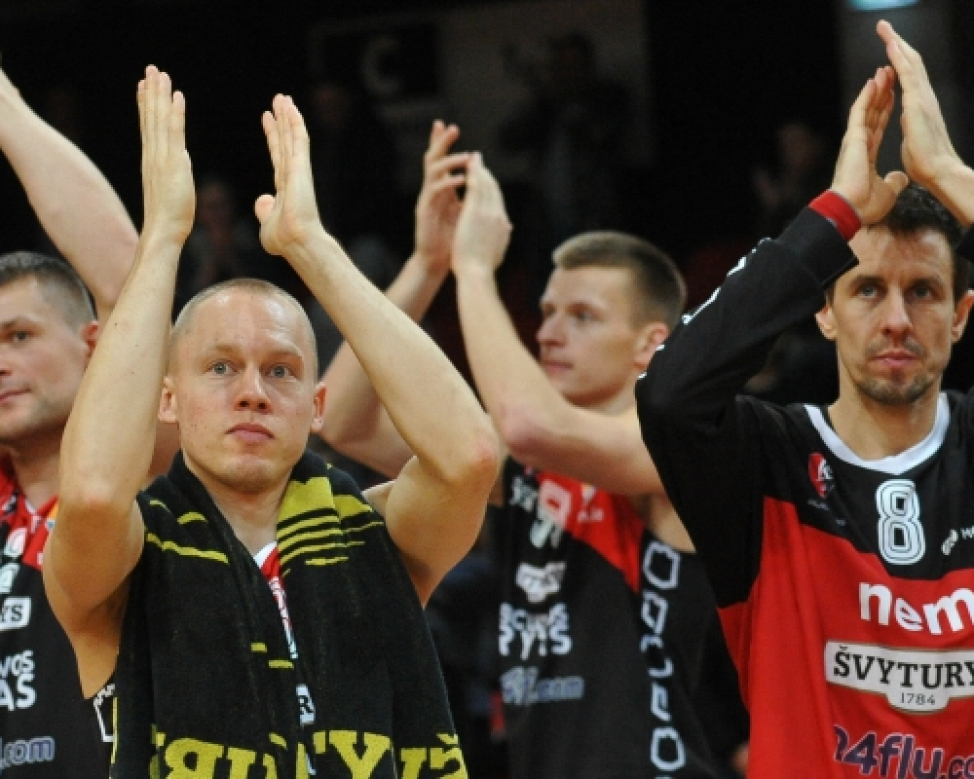 Lietuvos Rytas veteran Mindaugas Lukauskis became the all-time leader in games played in the LKL after supplanting Rolandas Matulis at the top of the leader board in an 85-74 win against Dzukija on Saturday evening.

It was the 555th appearance in the domestic championship for the 38-year-old swingman, who has represented five different clubs in his career but has worn the Lietuvos Rytas uniform the longest.

A strong individual performance by Katin Reinhard in the second half allowed Dzukija to toy with the idea of spoiling the occasion, but the Vilnius side held on despite seeing their advantage melt 78-74 with 2:30 left in the fourth quarter.

However, Lietuvos Rytas held on with Chris Kramer coming up with seven points in quick succession as a response. Kramer finished the game with 14 points, 7 assists and 5 rebounds, while Loukas Mavrokefalidis had a team-high 17 points in 16 minutes of action.

After going 5-of-9 from three-point range, Katin Reinhardt of Dzukija led all scorers with 19 points, while Alejandro Hernandez and Gediminas Zalalis were the only other players in double figures with 12 and 11 points to their names.

Having inscribed their fifth win in a row in Betsafe LKL, the 14-3 Lietuvos Rytas are third in the table behind Zalgiris and Neptunas, while Dzukija are in sixth place with a 6-11 mark.

Play of the Game: