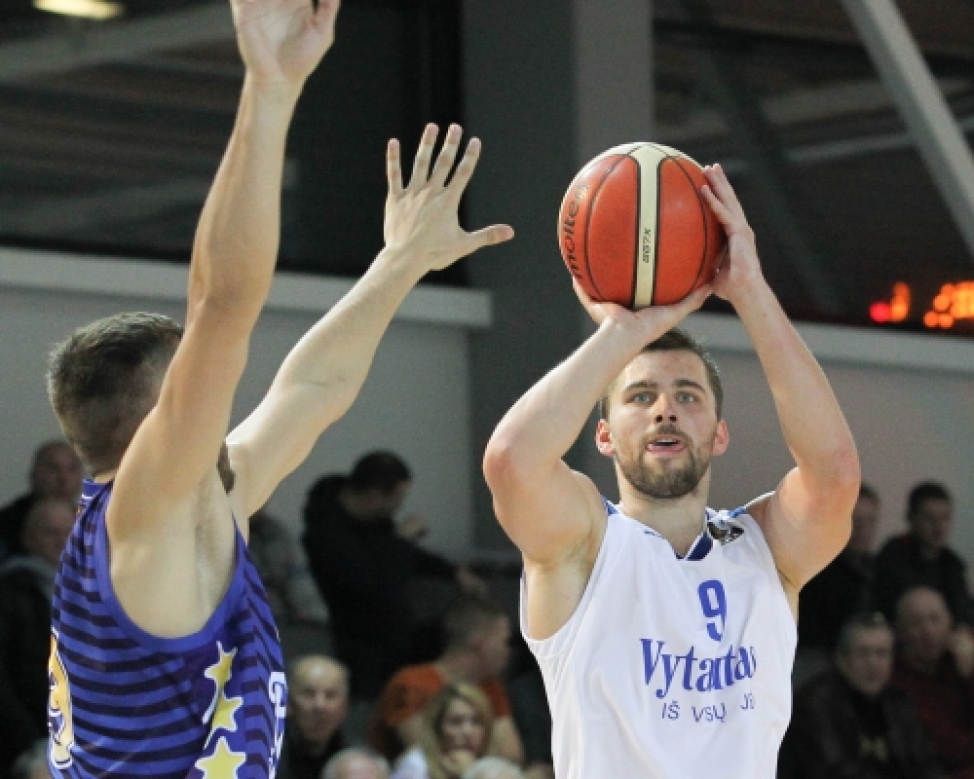 A trigger-happy Vytautas launched the most three-point field goal attempts in the history of the league and handed one of the Betsafe LKL leaders Lietkabelis an 88-74 upset at home in Prienai on Saturday evening.

The Virginijus Seskus-coached side went 15-of-42 from beyond the arc to continue their strong run of play with the fourth consecutive victory in the domestic championship lifting them to 4-9 in the standings.

Eigirdas Zukauskas and Tomas Dimsa carried the majority of the load for the Prienai-Birstonas side, with the pair combining for 35 points in a victorious effort. Zukauskas was the game's leading scorer with 18 points, 7 rebounds and 4 assists, while Dimsa added 17 points and 5 assists.

For Lietkabelis, who dropped to 10-4, Zygimantas Skucas had a double-double of 15 points and 11 rebounds, Adas Juskevicius scored 12 points, while Ksistof Lavrinovic added 10 points and 7 boards.

The Panevezys club were without Zanis Peiners, who was rested.

In the other game of the day, Pieno Zvaigzdes rode a red-hot start to hold off Nevezis 82-75 at home in Pasvalys to improve to a 6-8 record in the league table, with the Kedainiai club dropping to 3-10.

The hosts enjoyed a dream opening quarter after getting out to a 29-9 lead after the first period of play. Although Nevezis had managed to make it a one-possession game in the fourth quarter, the Pasvalys side managed to steady the ship.

Trevon Hughes led the winners with 17 points and 7 rebounds, Vyacheslav Bobrov chipped in with 13 points and 7 boards, while Tomas Lekunas, Arturs Ausejs and Steponas Babrauskas all had 11 points apiece.

A good offensive performance by Gabrielius Maldunas, who had 14 points, and 12 points each from James Woodard and Valerii Likhodei proved too little to help Nevezis climb out of the quagmire.