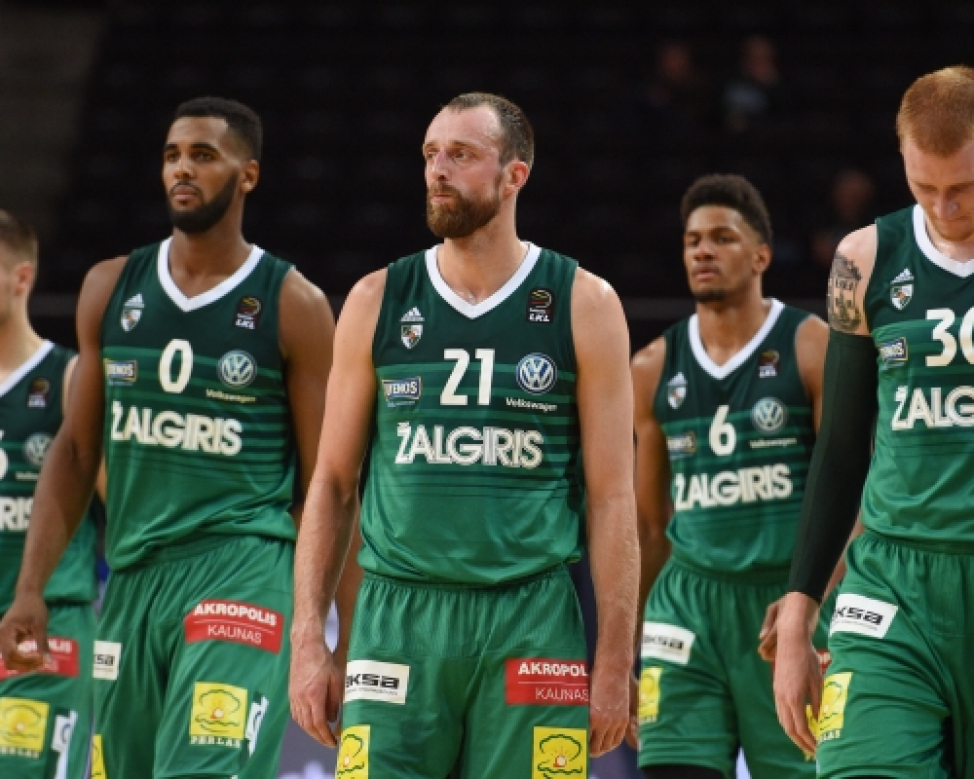 It was an easy day at the office for two of the Betsafe LKL leaders Zalgiris and Neptunas, who both claimed easy wins in Sunday's one-sided action to maintain their positions in the league table.

The defending champions Zalgiris obliterated Vytautas 97-54 at the Zalgirio Arena with Antanas Kavaliauskas scoring a game-high 16 points, while Paulius Jankunas and Arturas Milaknis collected 13 points apiece for the winners.

Denys Lukashov was the only double-digit scorer for the visitors from Prienai with 12 points, as the Virginijus Seskus-coached side dropped to a 0-7 record, tying Juventus Utena for the league-worst mark.

Meanwhile, the victory bumped Zalgiris to 7-1 and allowed them to keep the gap separating them from the first-placed Lietkabelis to just one game.

In the other game of the day, Neptunas made easy work of Dzukija with a similarly-sized blowout, treating their fans to a 98-58 display in the port city of Klaipeda.

For Dzukija, Gediminas Zalalis had 15 points but had to finish the game early after fouling out, while Domagoj Samac was the only other player in the team in double figures with 10 points.

Neptunas are currently fourth in the Betsafe LKL standings with a 6-2 record, while the 3-5 Dzukija are sixth.