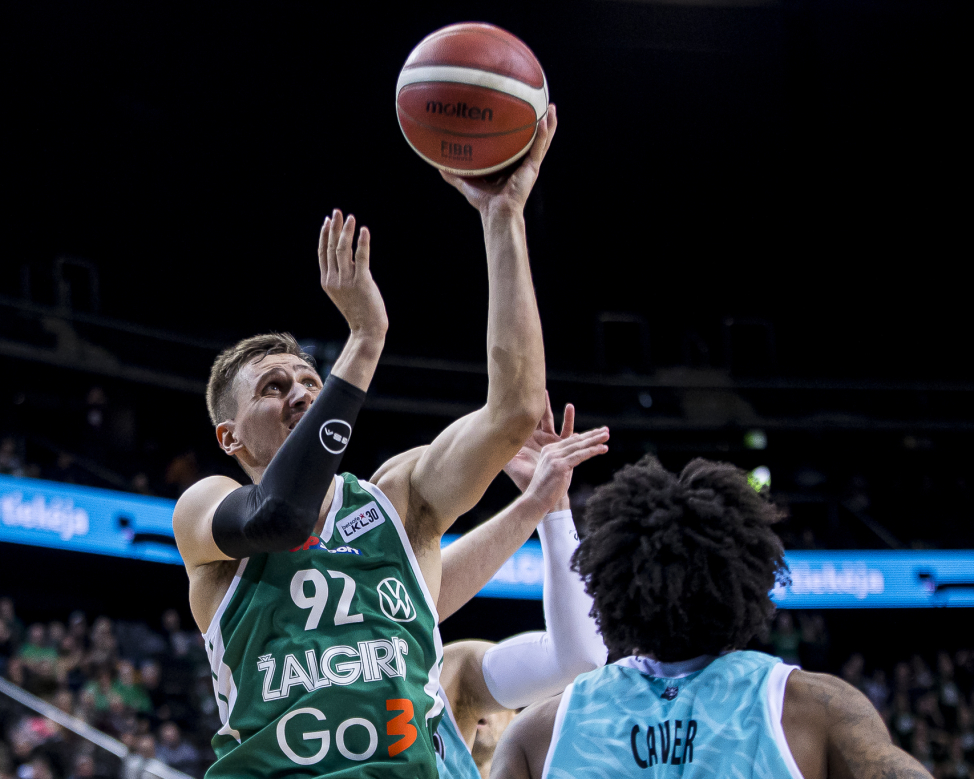 Žalgiris grabs a dramatic win in Jonava, ends the first third of the season on top

Žalgiris Kaunas grabbed a third straight win in the clash of Betsafe-LKL leaders to end the first third of the season on top of the league table with 10 victories and 1 loss. However, one of their most important players Lukas Lekavičius suffered a broker rib which will sideline him at least until 2023.

Lekavičius played for 10 minutes and produced 10 points until he sustained injury in the beginning of third quarter. Tomas Dimša was clutch down the stretch and scored 17 points as Žalgiris beat CBet Jonava 80:75 in the final seconds of the game.

7Bet-Lietkabelis Panevėžys did not benefit from Jonava loss as Nenad Čanak team itself was slowed down by Wolves. Following a five game winning streak, 7Bet-Lietkabelis was defeated 92:96. Gabrielius Maldūnas paired 20 points with 5 rebounds, but Wolves leader Ahmad Caver shined with 22 points, 5 rebounds and 6 assists.

Clubs from Panevėžys and Jonava have 8 victories each, while Wolves, Rytas Vilnius and Uniclub Casino – Juventus Utena are in the middle of the table with 7 victories in their tallies. Five players from Utena scored in double figures as their team crushed Gargždai 85:68.

Neptūnas has 4 wins after 11 games and sits in the 9th position, Pieno žvaigždės are in the 10th position with 3 victories. Gargždai remain 11th with their only victory, while Labas GAS team is still last and still looking for their first win of the season.