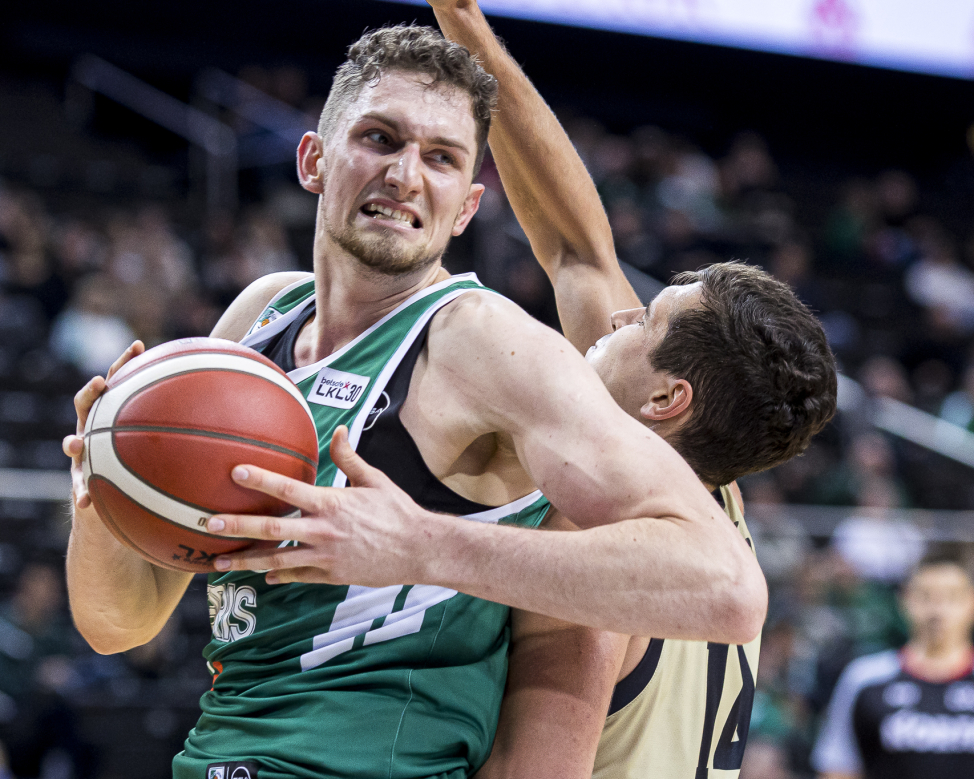 Žalgiris Kaunas scored the most points in the Betsafe-LKL game since 2020-2021 season to get the 109:76 victory against Uniclub Casino – Juventus Utena. Laurynas Birutis scored 17 points and Ignas Brazdeikis added 16 to make sure that the team coached by Kazys Maksvytis stays unbeaten. Jawun Evans with 18 points was a leading scorer for Utena.

Martynas Echodas scored 18 points and grabbed 4 rebounds to lead Rytas Vilnius to a 91:89 win over Wolves in Alytus. Defending champions bounced back to victories on a domestic level after losing the last three matches. Ahmad Caver and Adas Juškevičius stood out from Wolves with 18 points each. Regimantas Miniotas, who missed a game-tying shot at the buzzer, had 14.

In the most dramatic game of this Betsafe-LKL season so far, Nevėžis-Optibet Kėdainiai escaped with a crazy 73:71 away victory against winless Gargždai thanks to a game-winning dunk by Justinas Marcinkevičius. Leaders of both teams Arturs Zagars and Corey Sanders had 16 points each, while the game was decided by a fast-break in the final seconds.

Another team yet to win in this Betsafe-LKL season is Labas GAS Prienai. Kristian Kullamae had his best game with Lietkabelis Panevėžys jersey to lead his team to an easy win 96:77 in Prienai. Guard from Estonia posted game-high 25 points and 6 rebounds. Karolis Giedraitis scored 20 points for Labas GAS.

Šiauliai found their fourth win of the season, getting the upper hand over Pieno žvaigždės Pasvalys and winning 81:65 at home. Team captain Arminas Urbutis had the best performance of the season so far, ending the game with 19 points. Donatas Sabeckis added 15 points and 6 assists.

Cbet Jonava defeated Neptūnas Klaipėda 93:77 in the game that concluded Round 7 of the Betsafe-LKL regular season action. Thanks to this win, the team coached by Virginijus Šeškus remain in second place in the standings. Goran Huskič scored 19 points, grabbed 6 rebounds and dished out 5 assists.