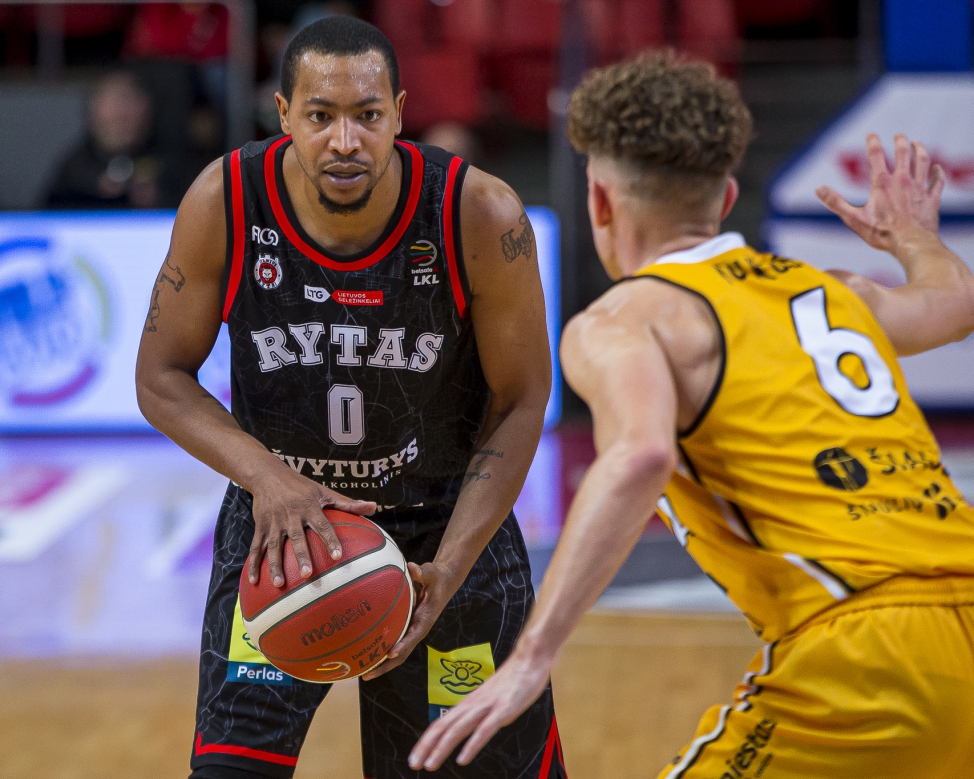 Round 5 in Betsafe LKL: no shortage of offense

It was about making a statement this weekend in Betsafe LKL.

8 teams, 4 matches. Only Zalgiris Kaunas and Nevezis-Optibet Kedainiai missed the action because of misunderstood situation with Joffrey Lauvergne’s COVID-19 test.

Rytas Vilnius are red hot to start the season. At home they played 3 matches this season and all of them ended up with the home team managing to put up over 100 points.

This Saturday it was Siauliai that could not pull the strings on defense and were trounced 107:80.

Rytas has 5 wins and 0 losses. They remain the only unbeaten team. Siauliai are on the other end of the scale – 0 wins and 5 losses.

CBet Prienai still has a long way to go but their early season push is inspiring. Young squad with a promising coach Mantas Sernius has 3 wins and 2 losses. Their latest win was on Saturday at home against Neptunas Klaipeda.

It is a brakethrough season for Regimantas Miniotas. In round 4 Lithuanian put up a monsterous 40 efficiency point performance. Neptunas could not find answers for him too – 16 points and 23 effiency.

CBet crushed the visitors 27:4 in the 4 quarter and sent home Neptunas with their second loss of the season – 99:67.

Juventus has 4 wins and 1 loss. For now they hold the second place in the standing. Dzukija are still trying to figure out a winning recipe – 1 win and 4 losses.

Lietkabelis Panevezys showed the others how you defend. Pieno Zvaigzdes Pasvalys were left frustrated after their loss at home 82:63.

Solid defensive foundation helped Lietkabelis put up a 3 win streak after 2 losses to start the season.

Betsafe LKL will be back for more on Wednesday. Neptunas Klaipeda will host Juventus Utena.