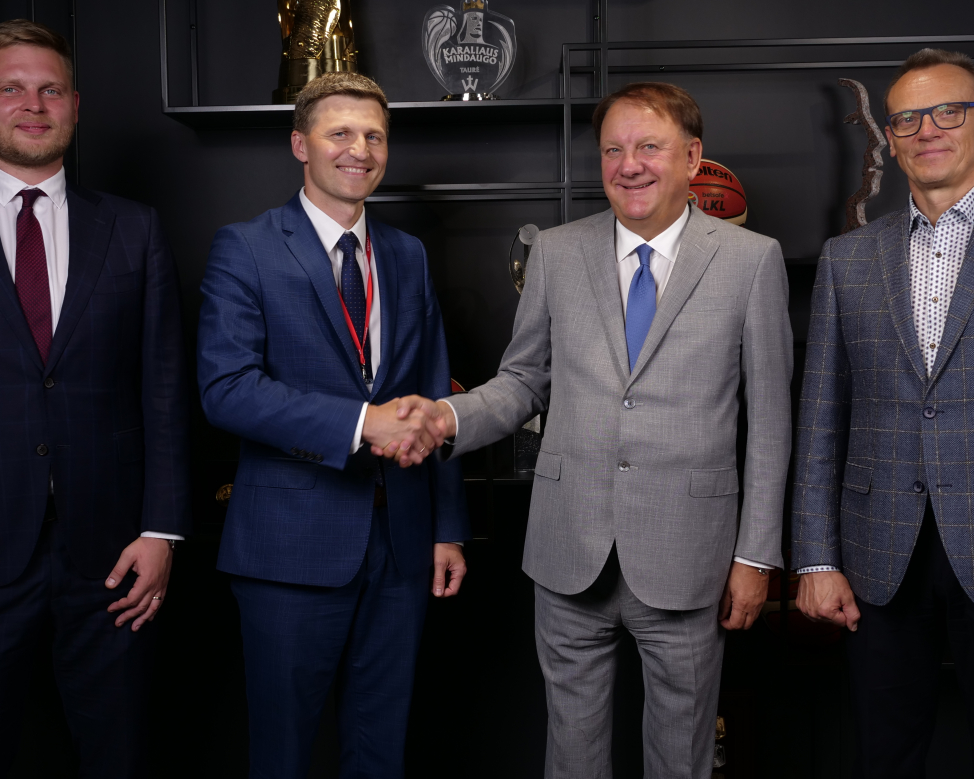 Cooperation with basketball is not a new experience for one of the biggest banks in the Baltic States.

Citadele and LKL have been cooperating since last year. In the 2019-2020 season, Citadele was the title title sponsor of King Mindaugas Cup tournament.

This successful tournament became the basis for a further work together.

"Citadele is a local bank that works  for both private and business customers in all Baltic countries. Basketball in Lithuania unites people of all ages, so we want to be a part of their moments of joy and unity.

Last year we supported the King Mindaugas Cup basketball tournament, we plan to continue this year as well. Therefore partnership with the Lithuanian Basketball League is a natural step for us to contribute to the sport that is loved by everyone and makes Lithuanians proud“,– said Vaidotas Gurskas, the Head of the Lithuanian Branch of Citadele Bank.

Remigijus Milasius, the President of LKL, was also pleased that a strong brand, which is well recognized in the international market, became the new general sponsor of the league.

"Today we signed an agreement with one of the most promising banks in the region. From now on, Citadele became the general sponsor not only of the King Mindaugas Cup, but also of the Lithuanian Basketball League. I am happy and hope that our cooperation will be long and promising“, – said Milasius

By becoming the general sponsor of LKL, Citadele continues its other activities in the world of sports.

The new general sponsor together with LKL will present several new projects to Lithuanian basketball fans as well. Also, Citadele Bank will present the final series of the upcoming season.

The new Betsafe-LKL season will start on the 19th of September. "Rytas“ Vilnius and Juventus Utena will face off in the opening match.