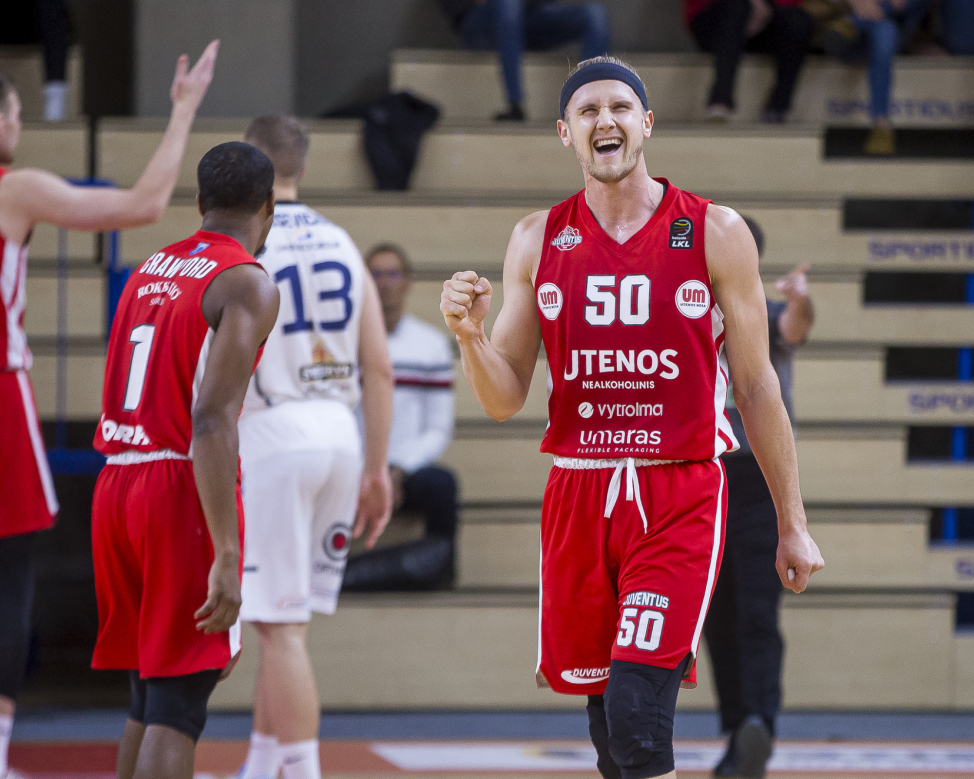 Juventus shocked Neptunas at the end of the game, Lietkabelis and Rytas added wins

Juventus Utena had 10 points deficit in the fourth quarter but managed to survive and defeat Neptunas Klaipeda 80:76.

Juventus came back with a 9:3 run after being down by 10 points. Gytis Masiulis answered it with three pointer but Juventus finished the game with a 11:0 run and grabbed an unexpected win at home.

Rytas Vilnius had no trouble on the road and celebrated win 93:72 against Pieno zvaigzdes Pasvalys.

Rytas made 14 three pointers out of 25 (56%) and was only two points shy from getting personal season high in points.

Martynas Echodas was the top scorer for Vilnius' side with 20 points, while Deividas Sirvydis added 17.

Lietkabelis Panevezys also provided a great come back story. Lietkabelis were 17 points down at the one moment but managed to defeat Sintek-Dzukija Alytus 63:54.

Alytus' side won the first quarter 21:9 but Lietkabelis came back and took the lead before the fourth period.

The game was tied at 51:51 but Lietkabelis finished the game with 12:3 run and escaped Alytus with a win.

Zjelko Sakic was the top scorer for Lietkabelis with 14 points, Chauncey Collins scored 22 for Sintek-Dzukija. All 54 points for Alytus team was scored by the starters. None of the players that came up from the bench scored a single point.