Juventus, Neptunas and CBet won in front of their fans

Juventus Utena controlled the game against Siauliai and celebrated win 77:72 at home.

Juventus ended their two straight losses with a win against Siauliai and held on the fifth place in Betsafe LKL.

Utena side won despite the fact that Vytautas Sulskis could not help them. Juventus were controlling the entire game but Siauliai closed the gap at the end of the fourth period. Although, Juventus kept the win at home.

Neptunas kept double digits lead throughout the entire game and got back on the winning road after tough loss against Zalgiris Kaunas.

Prienai ran away after the third period and build nine points lead - 53:44. Cbet held double digits lead in the last period but Lietkabelis managed to come back at the end of the game. Although, CBet did not give the win away.

Tomas Dimsa scored 21 point for Lietkabelis but could not save the visitors. 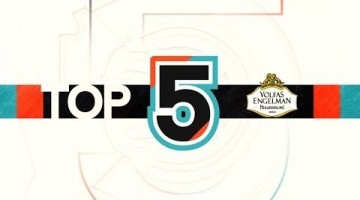