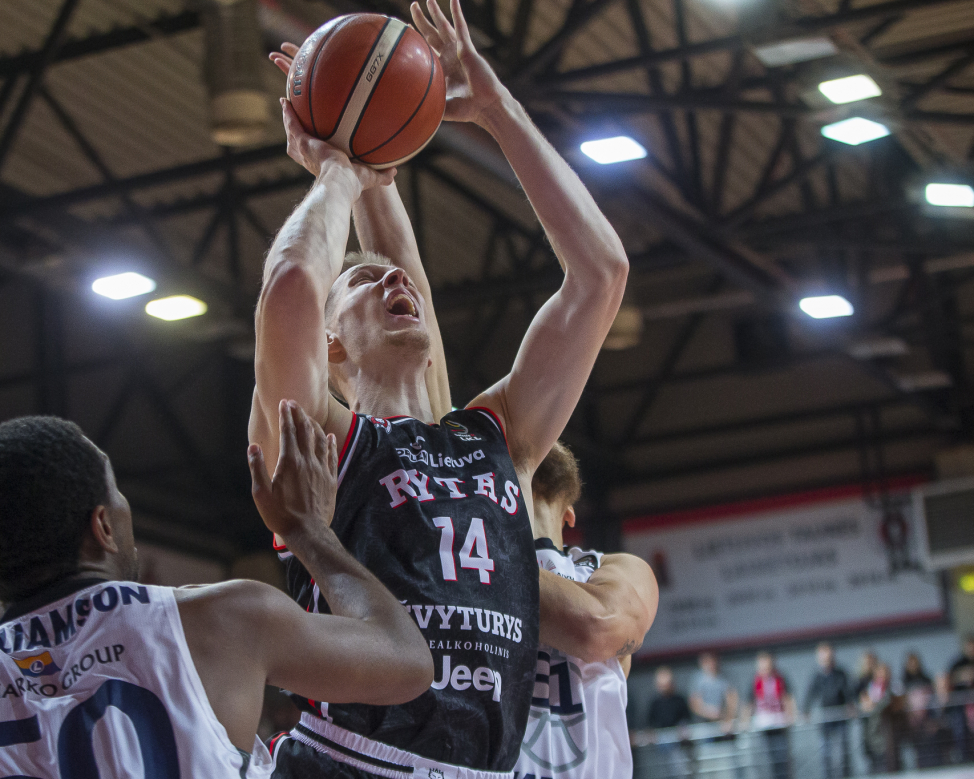 At the end of the game Neptunas made 29:5 run and game back within three points (67:70). Although, Rytas answered back with the run of their own and secured the third win of the season.

Gytis Masiulis were the top scored of the game with 20 points but that was not enough for Klaipeda side. Darrin Dorsey added 16.

Zalgiris Kaunas celebrated another easy win and also stayed undefeated this season. Rytas and Zalgiris are the only two teams that won all three games.

Zalgiris ran away in the second quarter and defeated Nevezis Kedainiai 83:57.

26 points Zalgiris' win is the smallest Kaunas side win in this season. Betsafe LKL champions defeated Siauliai by 31 point and crushed Pieno zvaigzdes Pasvalys by 34 points.

Zach LeDay was the top scorer of the game with 18 points while Laurynas Beliauskas added 14 for Nevezis.

The most exciting game happened in Pasvalys where Pieno zvaigzdes made 17-0 run at the end of the game and celebrated the win 89:84 against Siauliai.

Pieno zvaigzdes trailed 71:84 in the fourth quarter but great defense and Miha Lapornik three with nine seconds left on clock helped Pieno zvaigzdes to secure the first win of the season.

Pasvalys' John Gillon was the top scorer of the day with 23 points and 6 assists while hero of the game Lapornik added 22 points and 8 assists.