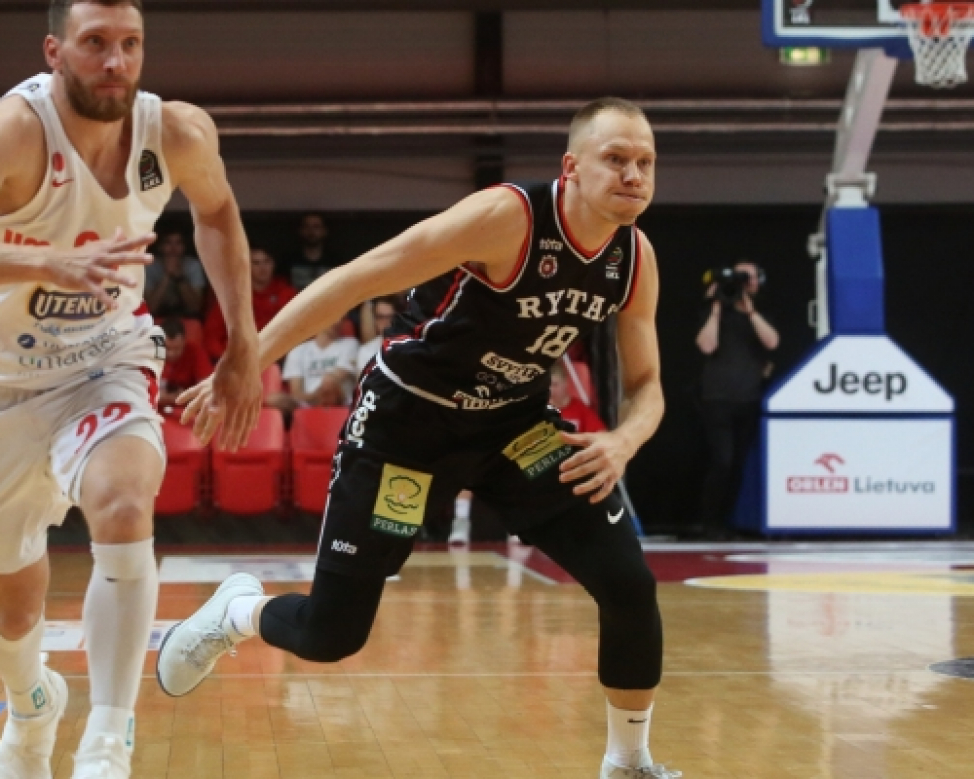 Rytas and Neptunas though to the Semi-Finals

After failing to close their respective series a couple of days previously, Rytas and Neptunas did not whiff at their second chance to clinch spots in the Betsafe LKL Semi-Finals with victorious showings on Sunday.

The Dainius Adomaitis-coached Rytas left no prisoners in a dominant 84-63 performance at home to close out the series in Vilnius with a 2-1 score, with 16 points and 5 steals by Arnas Butkevicius leading the way.

Mindaugas Girdziunas was the top scorer for the hosts with 17 points, Artsiom Parakhouski tallied 16 points and 6 rebounds, while D.J. Seeley chipped in with 10 points and 5 assists.

Meanwhile, Dovis Bickauskis was the only double-digit scorer for Juventus with 17 points, with his teammates coming up flat after a sensational victory in Utena on Friday.

The only other unresolved Quarter-Final matchup came to a more dramatic conclusion in Klaipeda, with the Gytis Masiulis-led Neptunas edging Skycop 77-71 in the second half of the game.

Having connected on 5-of-7 attempts from three-point range, Masiulis registered 25 points, as Jerai Grant collected 14 points and 8 rebounds. Lorenzo Williams scored 12 points to round out the double-digit scorers.