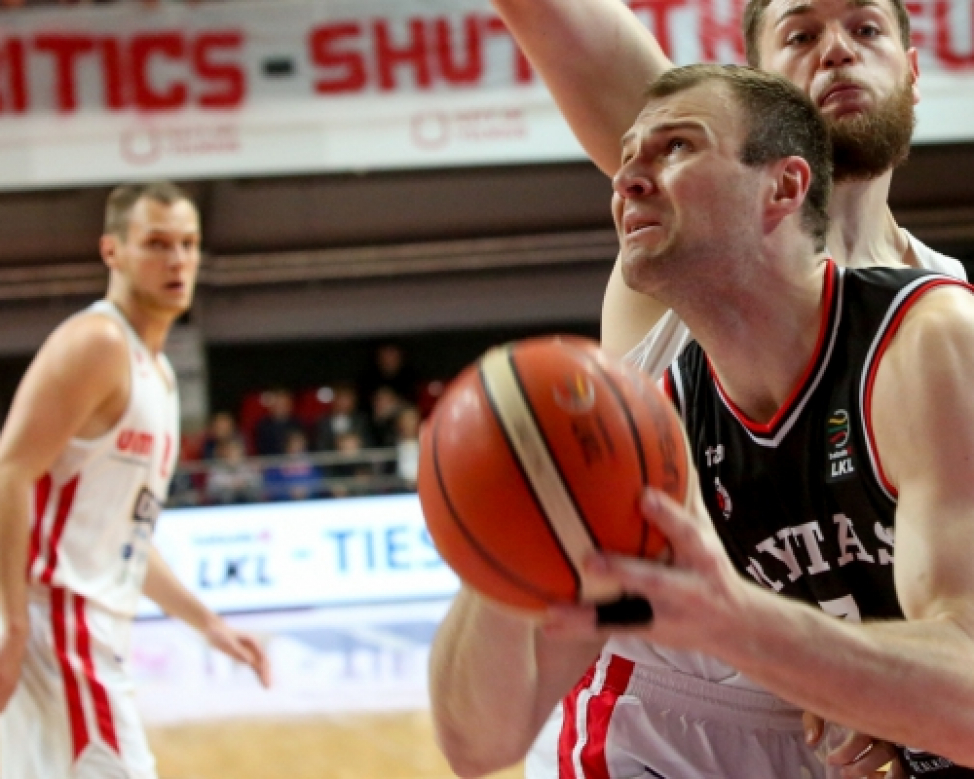 Juventus were on the brink of opening the Betsafe LKL Play-Offs with an upset, but the higher-seeded Rytas came from behind to avoid slipping up in the first game of the Quarter-Finals series.

Having trailed for much of the contest, the Dainius Adomaitis-coached hosts rallied in the fourth quarter to come away victorious by the slightest of margins, 93-91.

Artsiom Parakhouski, who finished the evening with 22 points and 7 rebounds for Rytas, made the game-winning basket with 58 seconds on the clock, with neither side finding the net in subsequent possessions.

The fans of the home side have Arnas Butkevicius to thank for delivering an incredible 26-point and 12-rebound double-double, with Martynas Echodas and Eimantas Bendzius chipping in with 13 and 12 points, respectively.

For Juventus, the Betsafe LKL MVP Martinas Geben collected 20 points and 12 rebounds, Tomas Dimsa scored 19 points, while Aleksandr Zakharov was the only other double-digit scorer with 11 points.

Meanwhile, there was a little bit less drama in the other Wednesday fixture, with Neptunas sailing away with a 102-78 victory over Skycop Prienai at home in Klaipeda to begin their series.

Jerai Grant paved the way to victory for coach Kazys Maksvytis and his men with 19 points and 6 rebounds on 9-of-10 shooting from the field, while Deividas Gailius added 15 points and 6 assists.

Mindaugas Lukauskis scored a game-high 20 points for the visitors from Prienai, while Zygimantas Janavicius and Ksistof Lavrinovic had 13 and 11 points, respectively.