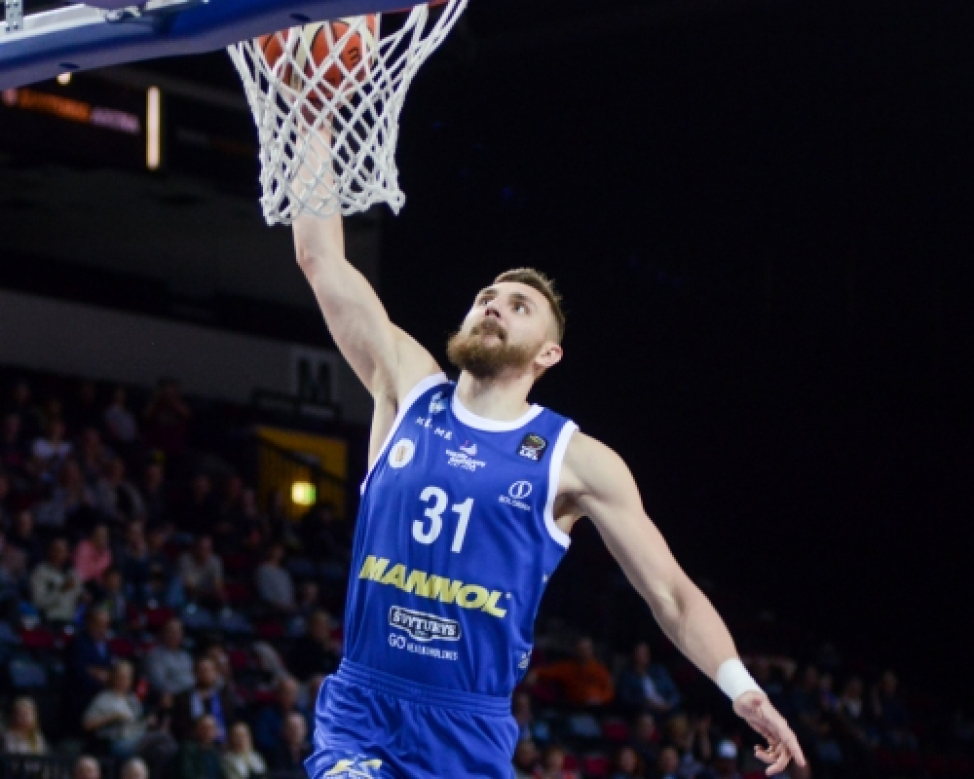 Neptunas inscribed their eight consecutive victory in the Betsafe LKL to secure the club's highest-ever finish in the Regular Season, beating Siauliai 96-75 in Klaipeda to lock in the second seed with a game to spare.

The result preserved their two-game lead over Rytas in the standings, pushing out the Dainius Adomaitis coached Vilnius club from the top two for the first time in two decades.

Deividas Gailius had himself a strong outing, racking up 17 points on 5-of-7 shooting from three-point range, Jerai Grant collected 13 points and 7 rebounds, while Laimonas Kisielius, Tomas Delininkaitis and Lorenzo Williams had 11 points each.

For Siauliai, Benas Griciunas put together a career night, tallying 27 points and 7 rebounds for an efficiency of 39. Seth Allen double-doubled with 15 points and 12 rebounds, while Evaldas Saulys rounded out the double-digit scorers with 10 points.

A one-sided 84-57 victory over Skycop wasn't enough to lift Rytas from third place in the table, as they paid a hefty price for dropping a couple of games against Nevezis and Lietkabelis recently.

Artsiom Parakhouski was the high scorer for Rytas with 19 points and 8 rebounds in the win, while Eimantas Bendzius chipped in with 13 points. The Skycop duo of Zygimantas Janavicius and Ksistof Lavrinovic finished with 15 and 12 points, respectively.

In the only other weekend fixture, Nevezis secured ninth place in the standings with a dramatic 90-86 victory over Pieno Zvaigzdes to leave Siauliai in the drop zone.