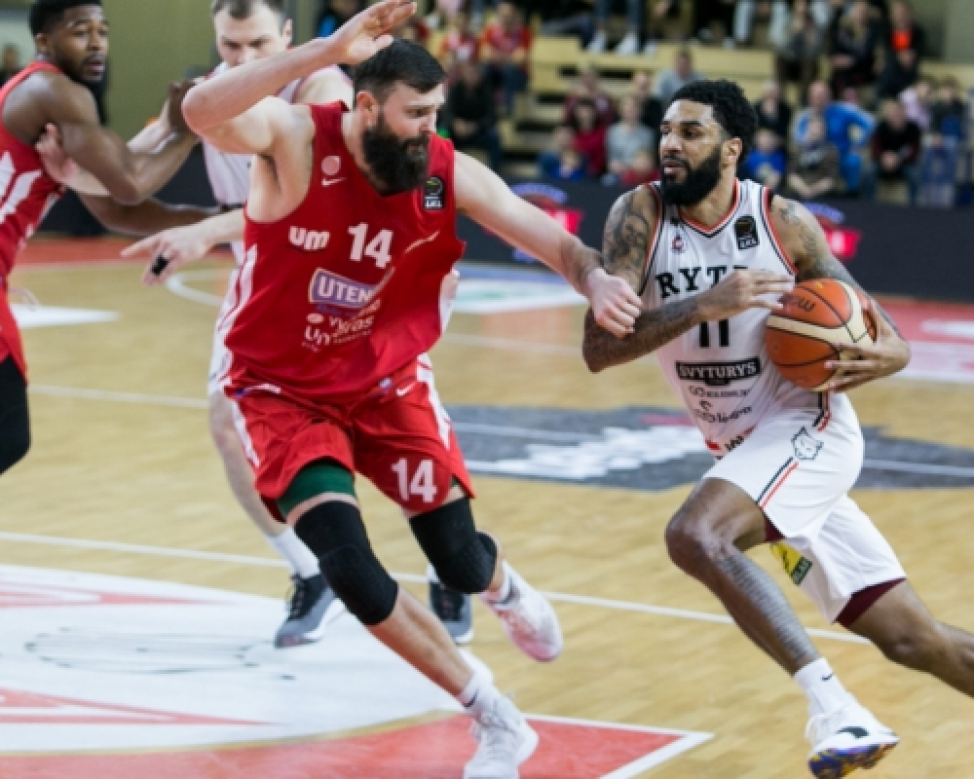 It took an incredible comeback for Rytas to avoid an upset in Utena, with the Dainius Adomaitis-coached visitors from Vilnius erasing a 14-point fourth-quarter deficit against Juventus to come away victorious 92-87.

The win allowed Rytas to improve to a 23-7 record in the Betsafe LKL standings, while Juventus fell to 12-8.

Despite trailing 82-68 early in the last frame, the D.J. Seeley and Artsiom Parakhouski-led guests mounted a 24-5 run to snatch a victory in an end-to-end thriller. Both players finished the night with 22 points apiece, with Parakhouski also grabbing 8 rebounds.

Derek Needham collected 19 point and 8 assists in the win, while Eimantas Bendzius chipped in with 17 points. Meanwhile, Marius Runkauskas topped all Juventus scorers with 14 points, as Martin Geben and Arvydas Siksnius pitched in with 13 points each.

In the other Betsafe LKL fixtures on Sunday, there were also wins for Lietkabelis and Dzukija, who scored an especially important 88-78 victory against table rivals Skycop at home in Alytus.

The win brought Andrej Urlep’s within a single win of the seventh-placed Prienai side, with Kerem Kanter leading the way with a 24-point and 14-rebound double-double. Elijah Brown also played a vital role, scoring 22 points for new personal best.

On the other side of the court, Zygimantas Janavicius and Darjus Lavrinovic collected 18 and 17 points, respectively, while Mindaugas Lukauskis finished with 10 points.

Meanwhile, Paulius Valinskas paced Lietkabelis to an easy 101-60 blowout win over Nevezis in Panevezys with 22 points. Ike Iroegbu and Donatas Tarolis had themselves solid outings as well, with the former adding 18 points, 7 rebounds and 5 assists and the latter chipping in with 17 points and 8 rebounds.

Gabrielius Maldunas was the top scorer for Nevezis with 25 points and 7 rebounds, while Croatia international Martin Junakovic scored 12 points and dished out 8 assists.