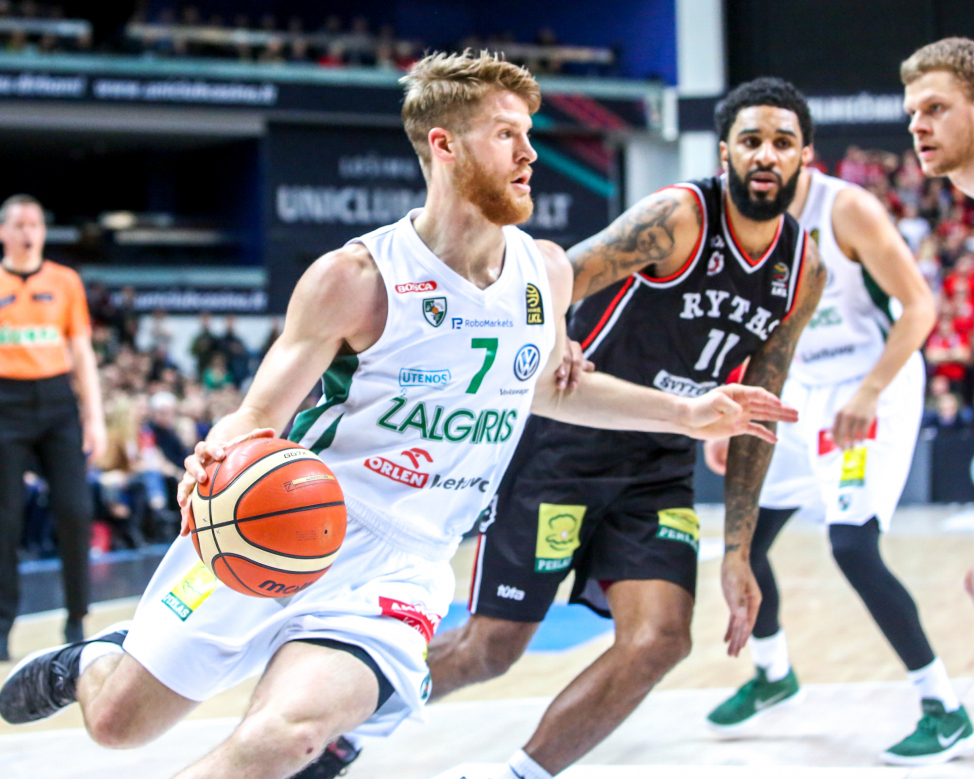 It did not take long for Zalgiris to get back to winning ways after last week's defeat against Neptunas, with the Sarunas Jasikevicius-coached Kaunas side marching to a convincing 85-59 victory against their archrivals Rytas on the road at the Siemens Arena.

Having built a double-digit lead in the second quarter, the visitors showed no signs of slowing down once the teams resumed play after the intermission as the gap continued to grow in the second half.

Thomas Walkup left a big mark in the game with a game-high 21 points, Marius Grigonis collected 16 points, while Brandon Davies and Leo Westermann chipped in with 15 and 14 points, respectively.

Artsiom Parakhouski was the only Rytas player in double figures with 17 points and 7 rebounds, with Mindaugas Girdziunas adding 9 points

In the other game of the day, Martinas Geben and Juventus got the better of Nevezis in a close-fought 90-86 contest in Utena with the big man knocking down the go-ahead bucket with just 5 seconds left in the fourth quarter.

For Nevezis, who find themselves at the bottom of the standings after Siauliai beat Skycop Prienai on Saturday, Martynas Varnas had 20 points, as Martin Junakovic and Adonte Parker scored 15 points apiece.