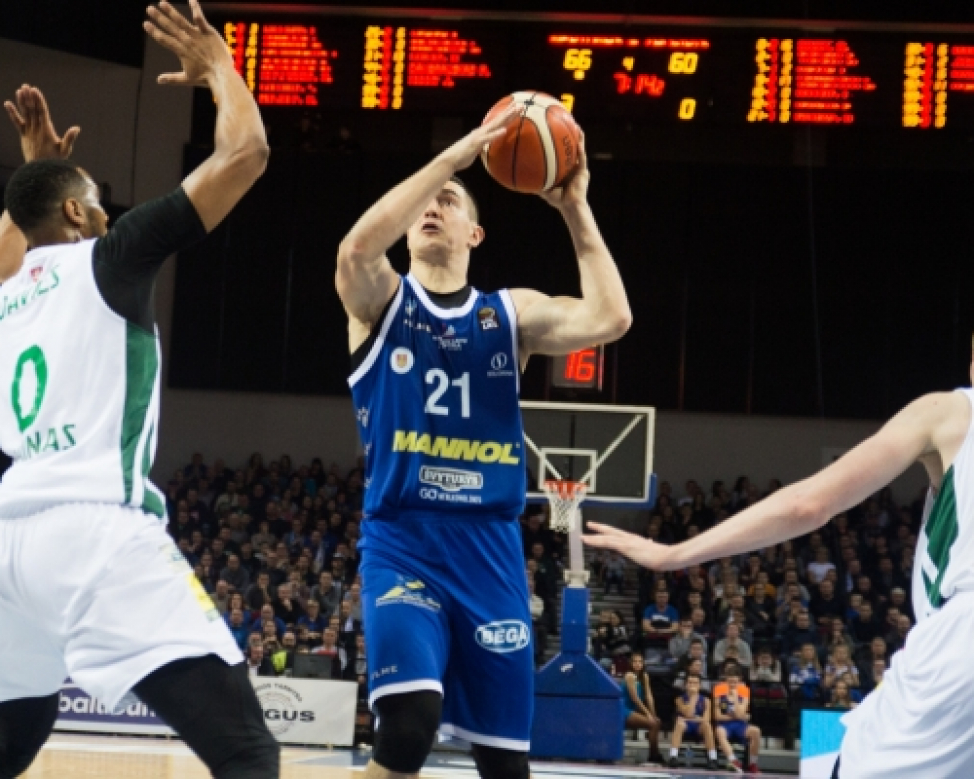 Kazys Maksvytis and Neptunas extended their winning streak against Zalgiris, beating the defending Betsafe LKL champions 81-71 in Klaipeda for their third win in a row against the club from Kaunas.

Having built their lead in the first quarter, the home side controlled the flow of the game and led by as many as 15 points after the intermission. Although the visitors had made it a two-possession game in the fourth quarter, Neptunas managed to weather the storm.

For Zalgiris, Brandon Davies had a game-high 22 points, as Leo Westermann and Edgaras Ulanovas chipped in with 17 and 11 points, respectively.

Elsewhere, Juventus got a big road victory in Panevezys, inscribing an 89-74 triumph over Lietkabelis behind a team-high 19-point and 7-assist effort by Kenny Gaines and a 14-point contribution from Gytis Radzevcius, who also grabbed 7 rebounds.

In the only other game of the day, bottom-of-the-table Siauliai earned an 85-76 win over Nevezis to catch them with a 4-19 record.  However, for the time being, the Kedainiai club holds the tie-breaker and remains in ninth place.

Adonte Parker led the game in scoring with 22 points and 5 assists for Nevezis, Zaid Hearts scored 19 points, as Gabrielius Maldunas had 11 points on efficient 5-of-6 shooting.