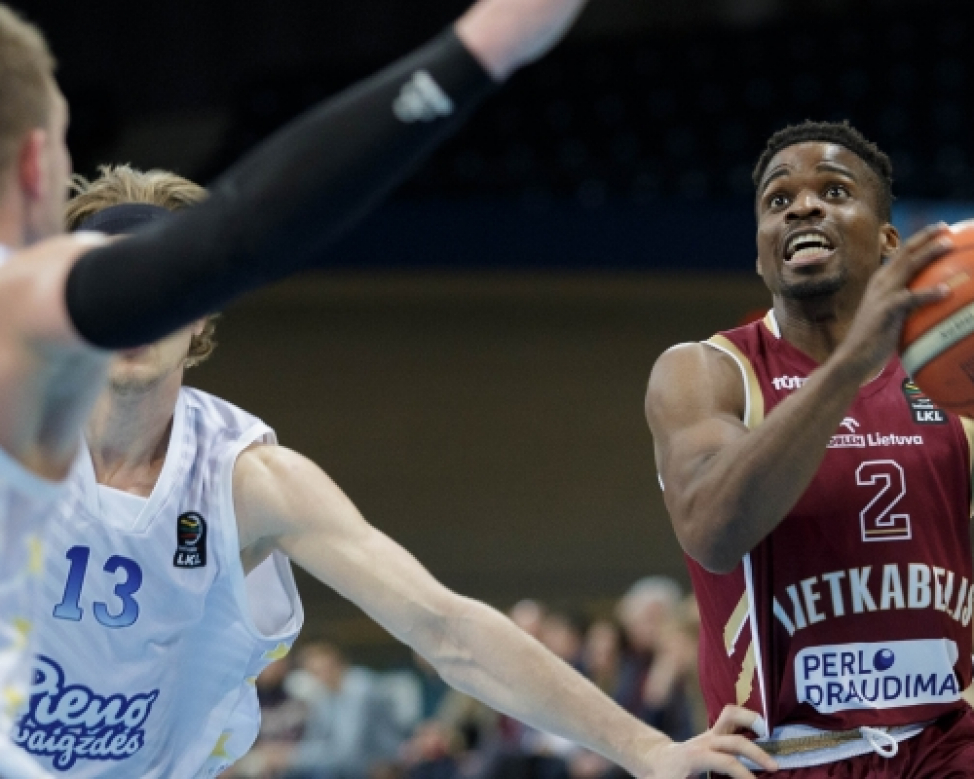 There was no drama whatsoever at the Zalgirio Arena, as the Sarunas Jasikevicius-coached Kaunas club cruised past Siauliai 100-75 to ease into the final stage of the cup competition behind a 15-point and 7-rebound effort in just 14 minutes of playing time from Brandon Davies.

Leo Westermann continued his hot shooting with 14 points on 3-of-4 attempts from three-point range, while Thomas Walkup and Deon Thompson chipped in with 12 and 11 points, respectively.

Zalgiris had won the first leg of the tie by 43 points.

For the losing side, Siauliai center Benas Griciunas had a team-high 14 points, as Evaldas Saulys and Antanas Udras had 13 points apiece.

In the last of the four Quarter-Finals, Lietkabelis left no doubts against Pieno Zvaigzdes in a one-sided 104-79 second-leg contest in Panevezys to move into the Final Four.

Ike Iroegbu paced the victors with 19 points, but he was not the only Lietkabelis player feeling it with six other players in double figures. Meanwhile, Tomas Lekunas and Yannick Franke had 16 and 14 points for Pieno Zvaigzdes, respectively.

Lietkabelis will now face Zalgiris in the Semi-Finals, with Neptunas and Rytas squaring off in the other one.