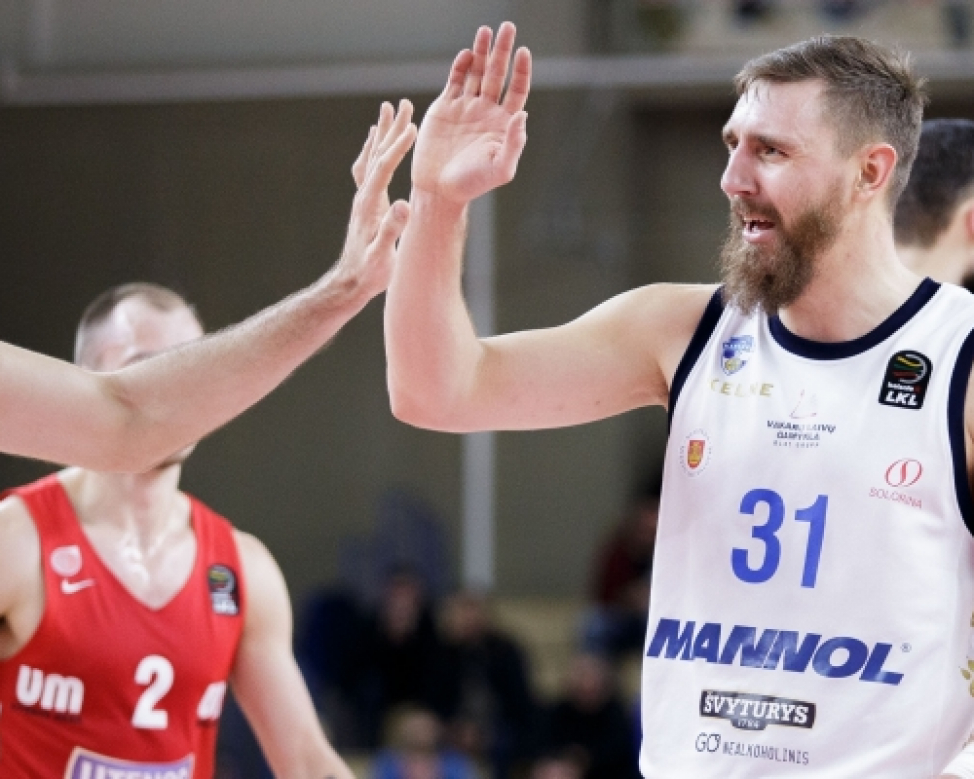 Deividas Gailius saved Neptunas from another defeat in the Betsafe LKL, handing the Klaipeda club an 89-88 victory over Juventus with a game-winning basket with seconds to spare.

Coming off a loss to Pieno Zvaigzdes, the seasiders survived late-game drama in Utena to move to a 17-5 record in the league table, while sending their opponents to 8-14.

Gailius finished the contest with a team-high 21 points, with big men Jerai Grant and Gytis Masiulis chipping in with 16 and 13 points, respectively. Osvaldas Olisevicius and Kyle Weaver had 12 points apiece.

If it wasn't for the clutch basket made by Gailius, Kenny Gaines would have been the hero of the game for Juventus, having made a go-ahead bucket with 10 seconds left and collected a game-high 23 points overall.

Elsewhere, Pieno Zvaigzdes needed to erase a double-digit deficit to keep their hot streak alive, defeating Siauliai 91-76 for their sixth consecutive win and their ninth in the last 10 contests.

is had 15 points and 5 assists, Evaldas Saulys scored 14 points on 4-of-6 shooting from three-point range, while Arminas Urbutis added 12 points.

The win saw Pieno Zvaigzdes improve to a 13-9 record and kept them hot on the heels of Lietkabelis, who pulled to a 13-8 mark with a 92-74 win over Skycop Prienai in Panevezys.