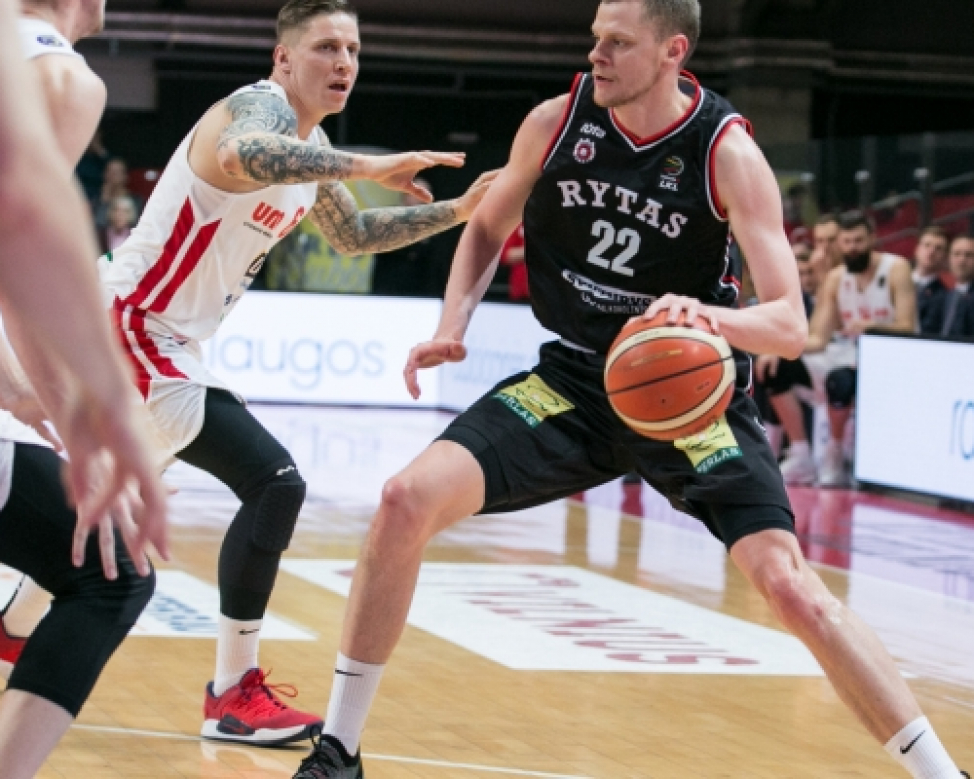 Eimantas Bendzius set a new Betsafe LKL career-high with 21 points, as Rytas used the big night from the Lithuania international to defeat Juventus 93-82 in Vilnius to put the second-placed Neptunas under pressure.

The club from the capital closed the gap from the higher-up Klaipeda side after improving to a 15-5 record, while the sea-siders picked up an unexpected defeat at the hands of Pieno Zvaigzdes.

In addition to Bendzius, Rytas had four other players in double figures, with Arnas Butkevicius, Chris Kramer and Rok Stipcevic all scoring 12 points and D.J. Seeley collecting 11.

For Juventus, who fell to 8-13, Martinas Geben had a team-high 17 points and 7 rebounds, while Aleksandr Zakharov and Tomas Dimsa chipped in with 13 and 12 points, respectively.

In Klaipeda, Pieno Zvaigzdes forward Ivars Zvigurs stole the limelight with a 29-point display to help the Pasvalys club earn its fifth consecutive victory in the Betsafe LKL in a 103-89 triumph over Neptunas.

Zvigurs was a perfect 5-of-5 from three-point range en route to 29 points, Tomas Lekunas collected 17 points, while Jay Threat Jr. added a near double-double with 13 points and 9 assists.

Pieno Zvaigzdes got hot from beyond the three-point arc, knocking down 19-of-35 attempts, while the usually proficient Neptunas connected on only 7-of-36 three-pointers.

Jerai Grant was the leading scorer for the home side with 19 points, Laimonas Kisielius scored 17, while Deividas Gailius finished with 16 points.

In the only other game of the day, Lietkabelis overcame a slow start to defeat Siauliai 95-83, with Saulius Kulvietis dropping a 25-point bomb to deny the Antanas Sireika-coached club a rare win.

Meanwhile, the Ignas Vaitkus-less Siauliai relied on big man Benas Griciunas for their scoring and the center delivered with 19 points, as sharpshooter Karolis Lukosiunas added 15.