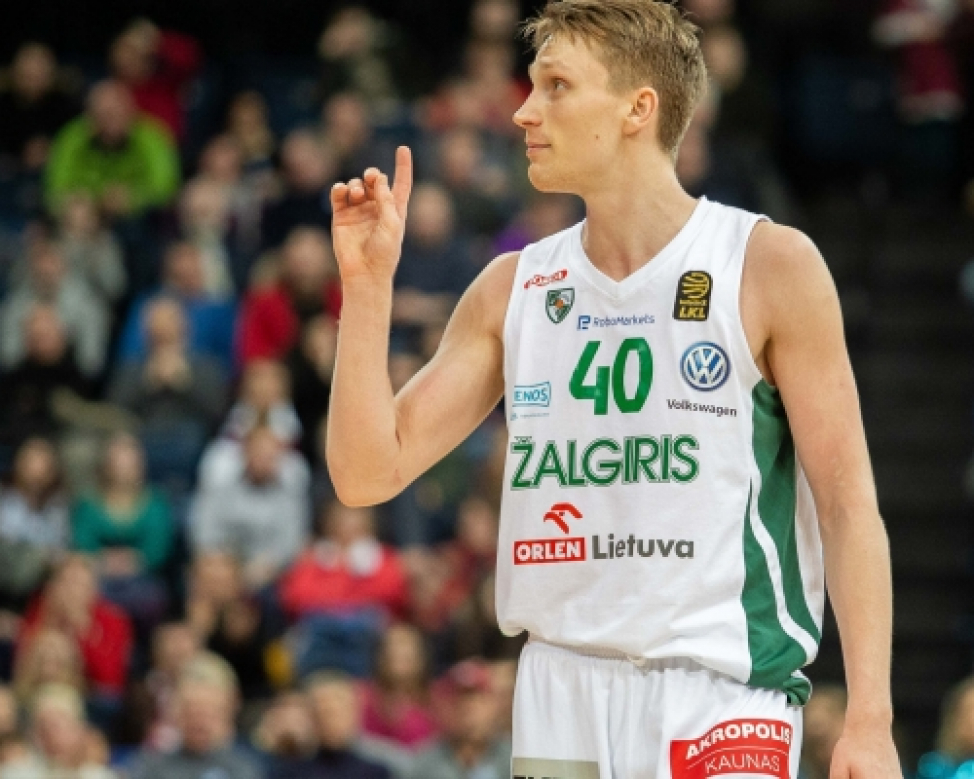 Zalgiris too strong for Juventus; Pieno Zvaigzdes continue to impress

There continues to be no stopping Zalgiris in the Betsafe LKL, with the defending champions inscribing a 98-80 win on the road against Juventus to headline Sunday's action.

The league leaders had five players in double figures, as they climbed to an 18-2 mark in the table, with Deon Thompson spearheading the scoring efforts with 16 points.

With a game-high 17 points, Juventus big man Karolis Guscikas was the key man for the home side, while Kenny Gaines collected 16 points.

Elsewhere, Pieno Zvaigzdes continued their hot streak and climbed to fourth place in the standings after improving to an 11-9 mark with a 91-82 victory over Skycop Prienai.

It was the seventh victory in the last eight games for the Gediminas Petrauskas-coached side, who have rebounded nicely after a slow start of the campaign.

Tomas Lekunas paced Pieno Zvaigzdes with 22 points and 9 rebounds, while Zygimantas Skucas chipped in with 21 points and 6 rebounds.

Meanwhile, Zygimantas Janavicius was the leading scorer for Prienai with 17 points and 5 assists, as Gintaras Leonavicius and Darjus Lavrinovic collected 11 points apiece.