Zalgiris guard Nate Wolters picked up the Betsafe LKL Player of the Week honors after leading the powerhouse club to a dramatic 73-69 win against Lietkabelis with his best game of the campaign.

Having finished with 18 points, 9 rebounds and 8 assists for an efficiency rank of 32, the playmaker fell short of a triple-double but did save the league-leading Kaunas club from their second defeat in a row in the domestic championship.

There won't be much rest for the in-form Wolters and his teammates, who will all be in action on Tuesday for the first leg of the King Mindaugas Cup tie against Siauliai.

The remaining spots on the three-man backcourt were filled by Juventus point guard Dovis Bickauskis and Nevezis man Chauncey Collins, who put up jaw-dropping numbers against each other.

Regimantas Miniotas of Nevezis and Rytas center Artsiom Parakhouski completed the Team of the Week. 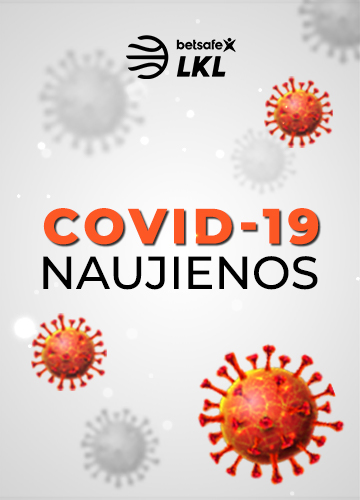