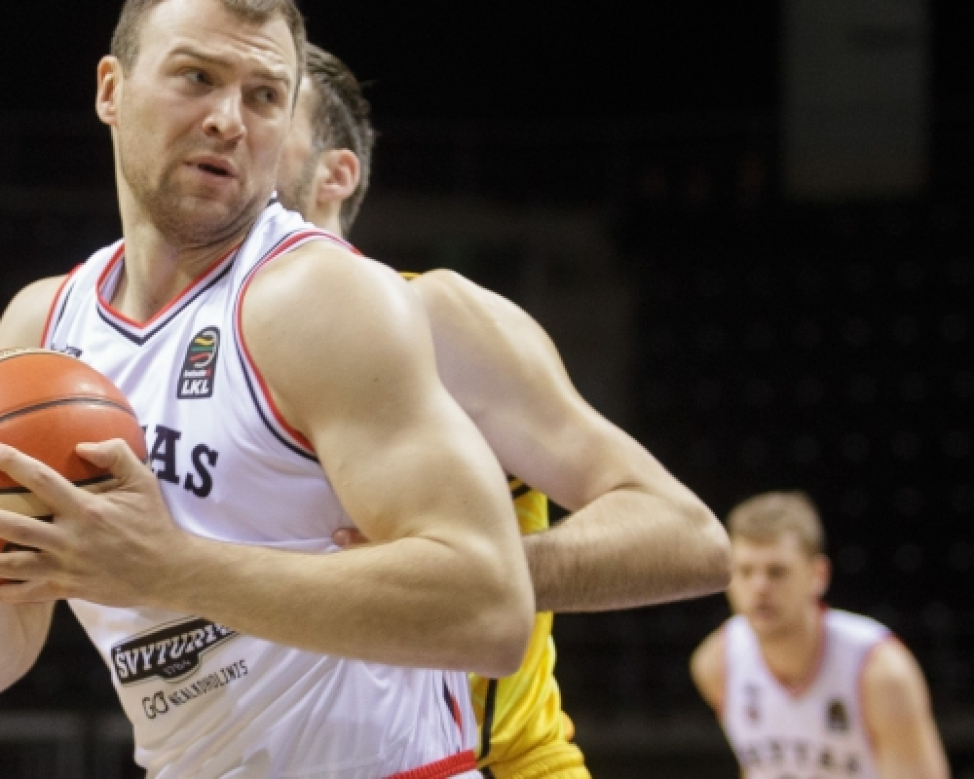 A hard-fought victory against Betsafe LKL outsiders Siauliai was enough to put Rytas back in second place, leapfrogging Neptunas who suffered a home defeat against Pieno Zvaigzdes.

The club from the capital inscribed their fifth consecutive victory in the domestic championship in an 82-75 road contest in Siauliai to improve to a 14-4 record.

Artsiom Parakhouski paced the visitors with a game-high 20 points and 11 rebounds, Rok Stipcevic collected 18 points, while team captain Chris Kramer finished with 10 points, 4 rebounds and 4 assists in his return from the sidelines.

After defeating the Betsafe LKL title holders last week, the Kazys Maksvytis-coached Neptunas ended up on the wrong side of an upset themselves, picking up an 80-77 loss versus Pieno Zvaigzdes.

The guests from Pasvalys outscored the home side 31-21 in the final quarter to complete a 17-point turnaround after trailing by as many as 12 points in the game.

Sharing an identical record with Rytas at 14-4, Neptunas conceded the second spot due to their head-to-head results. Pieno Zvaigzdes fortified their fifth place with a 9-9 record.

Yannick Franke scored a team-high 16 points for Pieno Zvaigzdes in the win, while Emmanuel Omogbo and Jay Threatt Jr. chipped in with 14 points apiece.

Meanwhile, a 21-point effort from veteran guard Tomas Delininkaitis wasn't enough to prevent the unexpected result for the Klaipeda club. Jerai Grant and Paulius Dambrauskas were the only other double-digit scorers for the home side with 14 and 13 points, respectively.