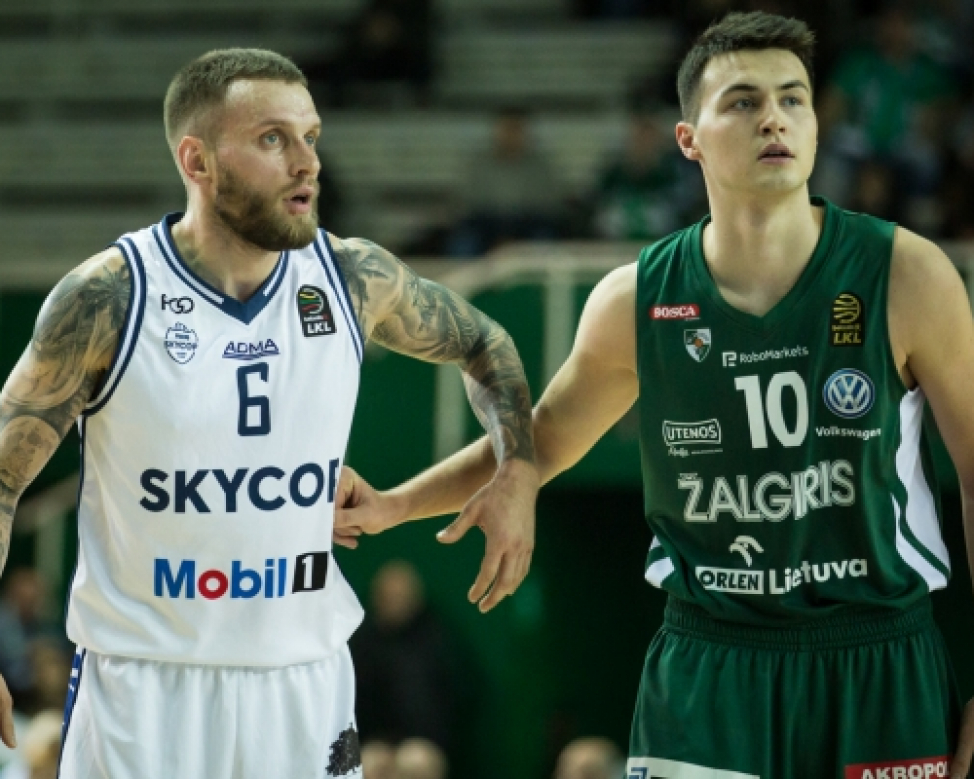 Depleted Zalgiris put a bow on 2018 with win over Skycop; Juventus top Neptunas

A severely short-handed Zalgiris ended the 2018 portion of the Betsafe LKL season with a one-sided 93-48 victory against the visiting Skycop Prienai to finish the calendar year at the top of the standings with a 15-1 record.

The Sarunas Jasikevicius-coached Lithuanian title-holders couldn't count on Leo Westermann, Paulius Jankunas, Antanas Kavaliauskas, Marius Grigonis and Nate Wolters, all of whom are dealing with injuries.

Paced by the frontcourt trio of Brandon Davies, Aaron White and Laurynas Birutis, Zalgiris opened up a double-digit gap already in the opening quarter of the contest and sailed to an easy win the rest of the way.

Davies collected a game-high 17 points for the Greens, while White and Birutis chipped in with 16 and 13 points, respectively. Meanwhile, youngster Lukas Uleckas enjoyed his best game in the top flight with 13 points and 5 rebounds.

Vytenis Lipkevicius was the only double-digit scorer for Skycop with 12 points, with Michael Bruesewitz chipping in with 9 points, as the Prienai club dropped to 5-11.

In the other Sunday game, the second-placed Neptunas were handed an 88-80 defeat by Juventus and fell two games behind the league-leading Zalgiris after moving to 13-3 in the table.

On the other side of the barricades, Jerai Grant went a perfect 3-of-3 from the field and 10-of-10 from the stripe for a team-high 16 points for Neptunas, as Osvaldas Olisevicius collected 14 points.