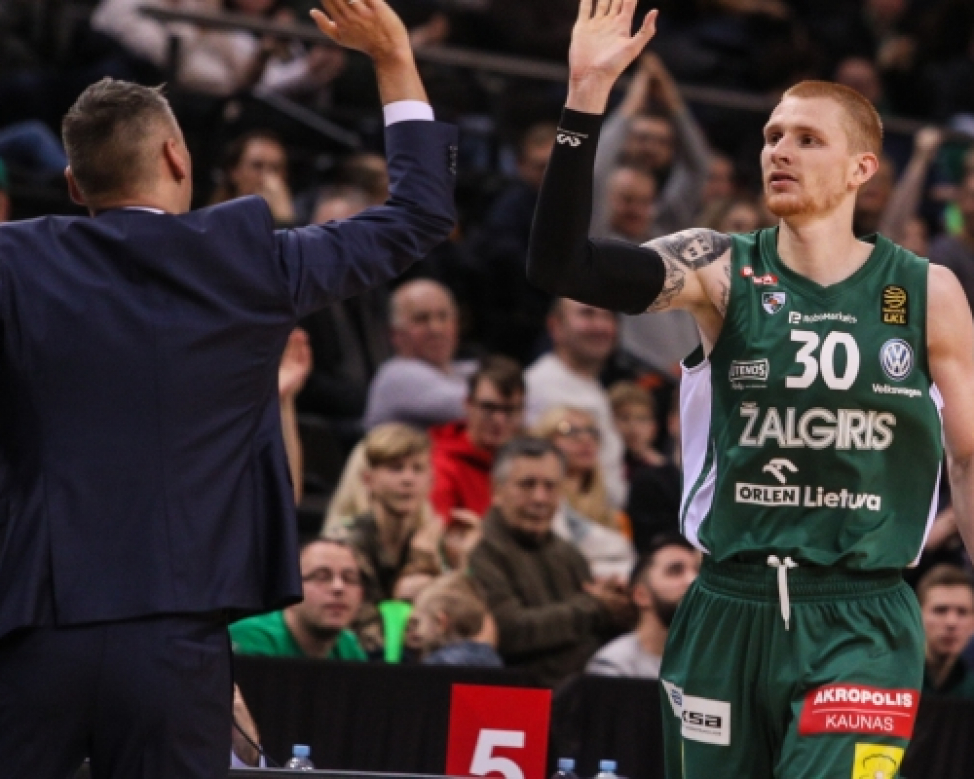 Juventus pushed the Betsafe LKL title-holders Zalgiris to the last seconds in Kaunas but their challenge ultimately fell short, while Neptunas and Rytas came out victorious in the other Sunday fixtures.

Despite trailing by as many eight points in the second half, the defending champions finished strong and secured a 72-69 victory at the Zalgirio Arena, with Aaron White leading the charge with a team-high 15 points.

Meanwhile, Martinas Geben, on loan from Zalgiris in Utena, had a 22-point and 14-rebound double-double against the Sarunas Jasikevicius-coached side, while Tomas Dimsa collected 20 points.

The win saw Zalgiris move to a league-best 14-1 mark, while Juventus dropped to 6-9.

Elsewhere, Rytas scored sweet revenge against Lietkabelis, snatching a 95-73 victory on the road in Panevezys after suffering a heavy defeat at home in the previous contest.

D.J. Seeley led the visitors in scoring with 24 points, while the newly-signed big man Artsiom Parakhouski collected 14 points in his Betsafe LKL debut. Saulius Kulvietis was the top scorer for Lietkabelis with 14 points, as Paulius Valinskas scored 13.

In the only other pre-Christmas contest, Neptunas survived a close-fought 80-76 battle against Siauliai in Klaipeda to maintain second place with a 13-2 record, while Siauliai dropped to an inverse 2-13.

Tomas Delininkaitis paced the victors with 16 points, Osvaldas Olisevicius collected 13 points and 9 rebounds, as Laurynas Beliauskas chipped in with 12 points.