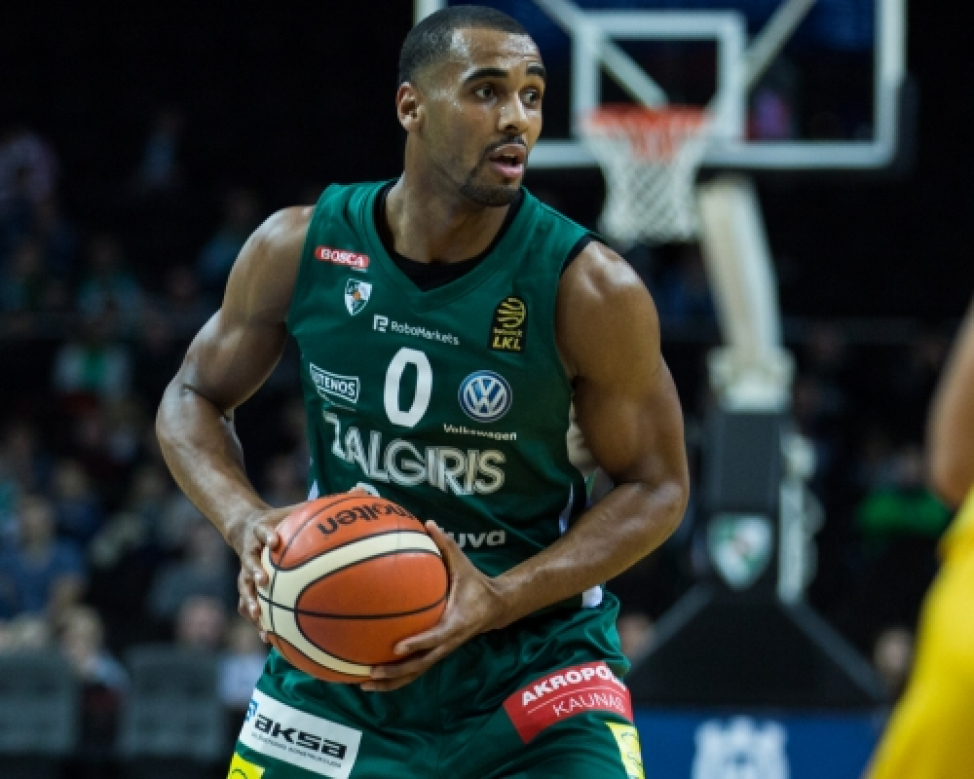 Zalgiris regained the top spot in the Betsafe LKL standings with a 10-1 record after their archrivals Rytas handed the previous leaders Neptunas a defeat in Klaipeda on Sunday.

The defending champions from Kaunas cruised to a 102-61 victory over Siauliai at the Zalgirio Arena, with Brandon Davies leading the way with a game-high 19 points, while fellow big man Antanas Kavaliauskas added 15 points.

Evaldas Saulys was the top scorer for Siauliai with 13 points, as Antanas Udras and Cedrick Bowen added 11 points apiece.

The central battle of the week saw Rytas (8-2) come away with a 93-78 road win against Neptunas (9-2) behind a 17-point and 10-rebound double-double from Arnas Butkevicius, who had a memorable game against his former team.

Rok Stipcevic scored 14 points and dished out 5 assists for the Vilnius side, while D.J. Seeley, Dominique Sutton, Mindaugas Girdziunas and Eimantas Bendzius all finished in double figures as well.

Kyle Weaver of Neptunas was the game's leading scorer with 18 points, with Jerai Grant adding an efficient 13-point performance in a losing effort.

Elsewhere, Lietkabelis (7-3) blew out Pieno Zvaigzdes (4-7) 94-63 in Panevezys for their biggest victory margin of the early Betsafe LKL season.

Kendrick Brown added a game-high 20 points for Dzukija, while Gabrielius Maldunas and Aidas Einikis had 13 and 12 points for the losing side, respectively.