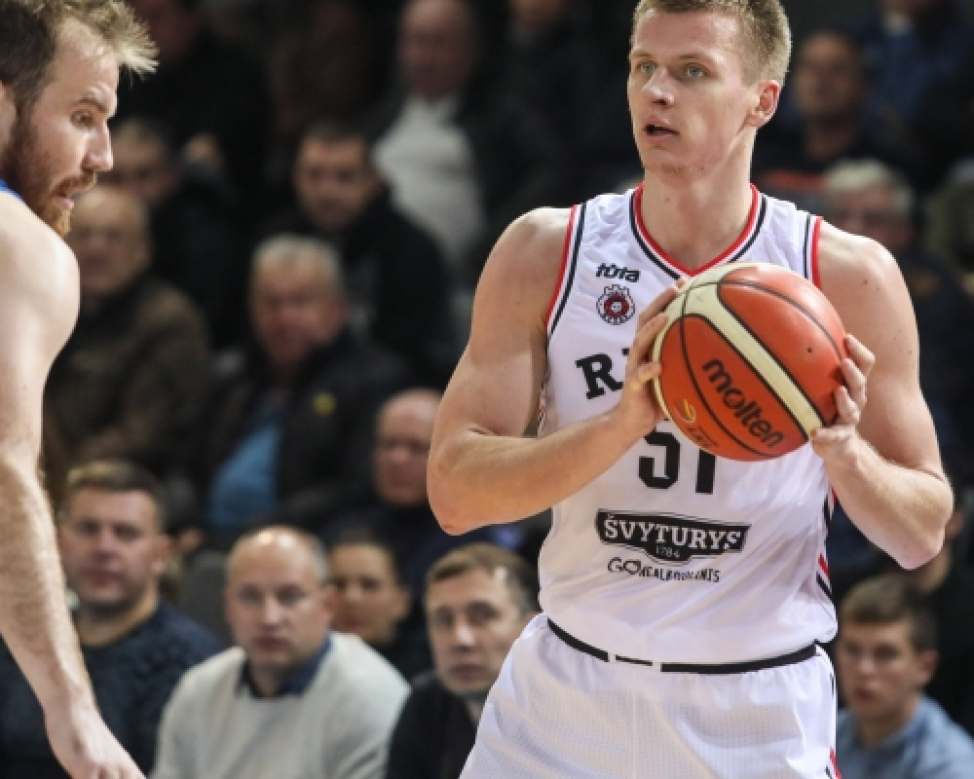 There was more drama than anticipated in Prienai, with the Dainius Adomaitis-coached Rytas improving to a 7-2 record in the Betsafe LKL following a close-fought 81-71 win over Skycop on Saturday.

The Prienai side went toe to toe with the visitors from Vilnius throughout the game, but were outscored 14-5 in the final minutes of the contest, with D.J. Seeley setting things in motion with a momentous four-point play.

Arnas Butkevicius had a solid all-around performance in the win with 18 points, 7 rebounds, 3 assists and 4 steals, while Seeley chipped in with 17 points and 4 steals.

Martynas Echodas was the only other Rytas player in double figures with 14 points and 6 rebounds, while the Skycop one-two punch of Martynas Gecevicius and Darjus Lavrinovic collected 18 and 12 points, respectively.

Having just arrive to Lithuania, the newly-signed Rytas guard Rok Stipcevic had a modest debut in the Betsafe LKL, going scoreless in 14 minutes of action and committing a couple of turnovers.

Elsewhere, Neptunas retained the control of the top spot in the standings with an 83-69 victory over Nevezis on the road in Kedainiai. The Klaipeda club improved to a league-best 9-1 record, while Nevezis dropped to 2-8.

Lorenzo Williams was the top scorer for Neptunas with 18 points, 5 rebounds, 5 assists and 3 steals, while the trio of Tomas Delininkaitis, Osvaldas Olisevicius and Simas Galdikas collected 10 points apiece.

For Nevezis, Martynas Varnas had a team-high 13 points, Niklita Balashov scored 12 points, while Regimantas Miniotas pitched in with 9 points and 6 rebounds.

In the only other game of the day, Lietkabelis held off a ferocious Siauliai comeback to inscribe an 88-83 win behind a 24-point game from team captain Simas Jasaitis, who also added 5 rebounds.

Jamar Wilson contributed to the win with 17 points and 7 assists, while Saulius Kulvietis and Michael Morrison added 10 points apiece.

Having collected 20 points, Antanas Udras finished the contest with the highest-scoring mark for Siauliai, as Arminas Urbutis had 16 points and 6 rebounds.