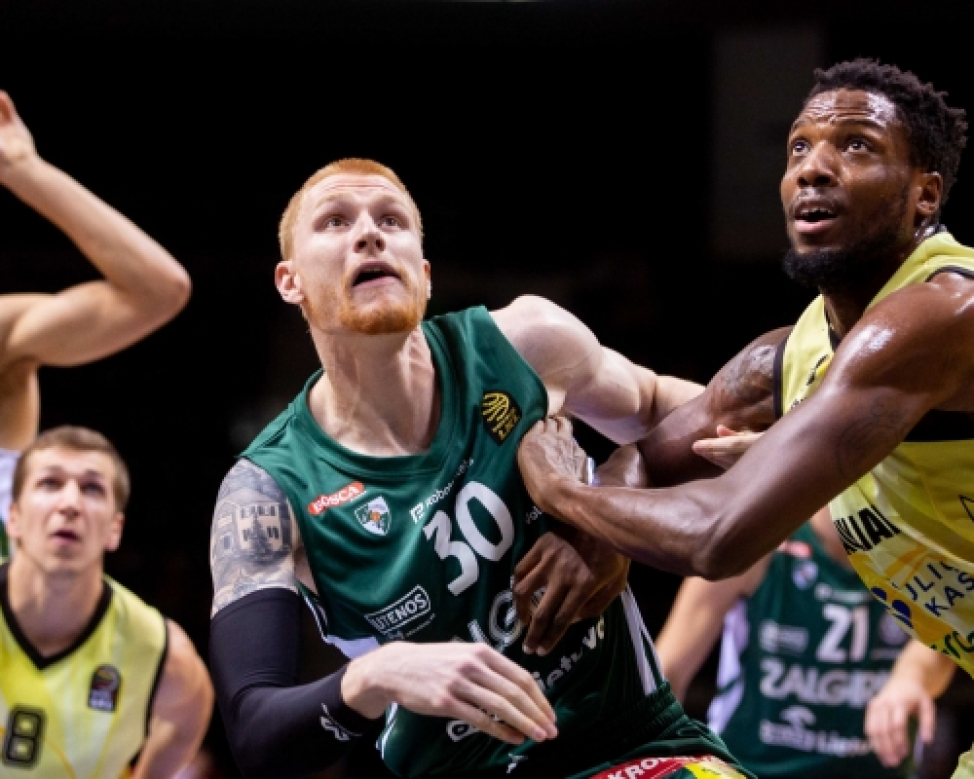 It took a strong second-half performance by Zalgiris to get the job done against the bottom-of-the-table Siauliai, with the Kaunas club outscoring their winless opponents by 22 points after the intermission to take home a 93-68 win on Sunday.

The result saw the defending Betsafe LKL champions finish the first round of fixtures with a 9-1 mark, sharing the top spot with Neptunas who are ahead on the basis of head-to-head results.

Aaron White and Edgaras Ulanovas headlined the well-rounded scoring punch for the Sarunas Jasikevicius-coached side with 12 points apiece, while Laurynas Birutis and Marius Grigonis also entered double-digit territory with 11 and 10 points, respectively.

For Siauliai, who dropped to a 0-8 record following the home defeat, Benas Griciunas collected 12 points, Evaldas Saulys scored 11 points, as Arminas Urbutis and Karolis Lukosiunas chipped in with 10 points each.

The other Sunday contest went all the way down to the wire, with coach Virginijus Seskus and Skycop emerging victorious against Pieno Zvaigzdes 93-88 at home in Prienai.

Martynas Gecevicius stuffed the boxscore with 19 points, 4 rebounds and 9 assists for the winners, while Ksistof and Darjus Lavrinovic contributed with 15 points apiece.

Yannick Franke double-doubled for Pieno Zvaigzdes with 24 points and 10 rebounds, Justin Watts had his highest-scoring game of the campaign with 21 points, while Vytautas Sulskis collected 13 points and 5 assists.