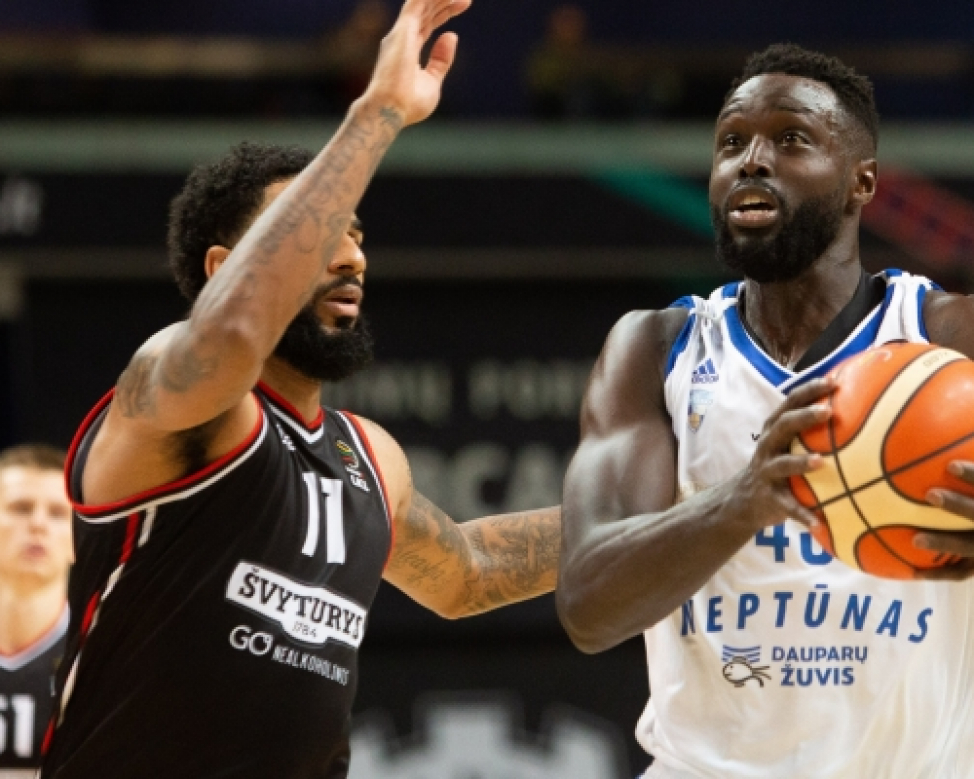 The early pace-setters in Betsafe LKL, Neptunas extended their league-leading form with an impressive 78-66 victory against Rytas on the road in Vilnius to move to an 8-1 mark.

Jerai Grant turned in his best performance of the season, making 10-of-11 field goal attempts for a game-high 25 points, while Lorenzo Williams ran the show with 10 points and 7 assists.

No other Neptunas players were in double figures, but Osvaldas Olisevicius and Laurynas Beliauskas chipped in with efficient displays, collecting 9 and 8 points, respectively.

Meanwhile, Dominique Sutton was the top scorer for Rytas with 23 points; D.J. Seeley added 12 points and 4 steals. After the home defeat, the Vilnius side dropped to a 6-2 record.

Directly behind Rytas in the standings, the fourth-placed Lietkabelis celebrated a 87-66 win over the visiting Nevezis in the first game for the newly-appointed head coach Nenad Canak.

Paulius Valinskas led the way with 17 points on 7-of-10 shooting from the floor, while Jamar Wilson and Fran Pilepic collected 16 and 13 points, respectively, for Lietkabelis.

The visitors had only two players in double figures, with Chauncey Collins scoring a game-high 26 points and Martynas Varnas adding 10 points.

The only other Saturday contest in Betsafe LKL saw Juventus defeat Dzukija 86-77 in overtime, Alex Hamilton fueling the win with a game-high 23 points and 5 rebounds in just 24 minutes of playing time.

For Dzukija, Kendrick Brown had 16 points and 5 assists, as Arturas Jomantas collected 14 points, 8 rebounds and 3 assists in a losing effort.