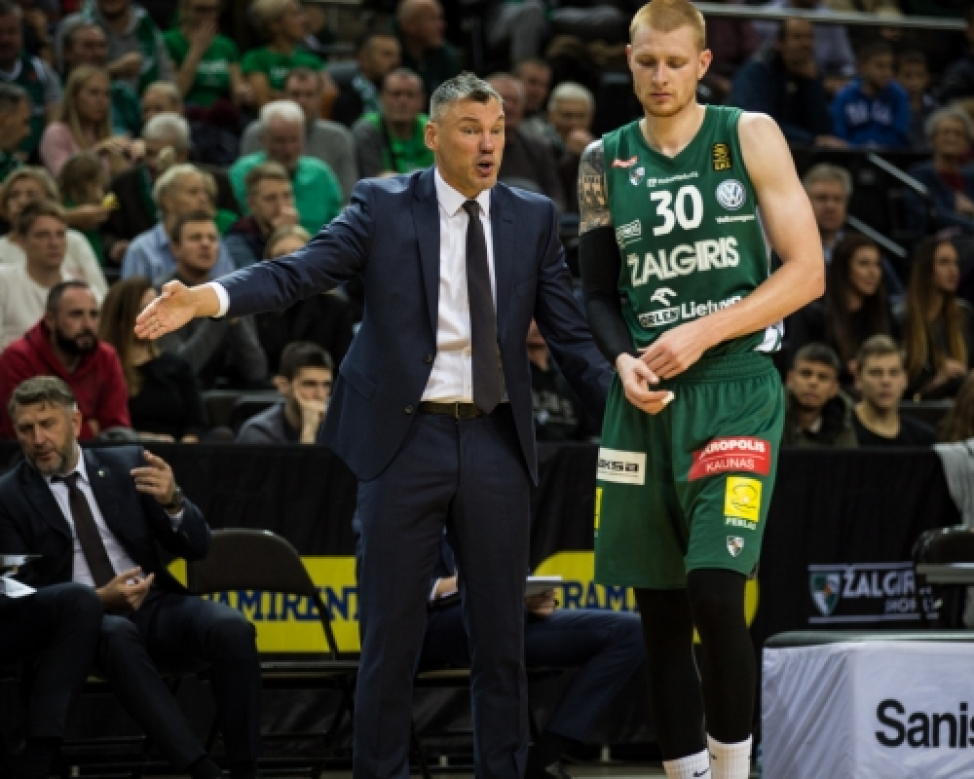 Zalgiris moved their marker to a 7-1 in the Betsafe LKL standings with a home victory over Lietkabelis on Sunday night, while Dzukija and Juventus also earned weekend wins.

The title holders from Kaunas handed the visiting Lietkabelis their second consecutive defeat on the domestic front, inscribing a 71-58 victory at the Zalgirio Arena after outscoring the guests 22-6 in the third quarter.

Laurynas Birutis and Aaron White had 13 points apiece for Zalgiris, Brandon Davies collected 10 points, while Edgaras Ulanovas chipped in with 9 points and 4 assists.

For Lietkabelis, Michael Morrison was the only player in double figures with 16 points. Vytenis Lipkevicius and Paulius Valinskas had 9 points each.

Elsewhere, Dzukija continued their excellent play in the Betsafe LKL with an 88-73 win over Skycop Prienai. The Alytus side improved to a 3-4 record following the result.

Kendrick Brown had 17 points and 9 assists for the Andrej Urlep-coached hosts, while the big man duo of Waverly Austin and Egidijus Dimsa combined for 30 points, in even parts.

In the only other game of the day, Juventus cruised past Nevezis 88-61 at home in Utena after pulling away by double figures already in the opening frame of the game.

Alexander Hamilton led the winners with 20 points, Karolis Guscikas scored 11 points and grabbed 6 rebounds, while Arvydas Siksnius and Dovis Bickauskis had 10 points each.

Meanwhile, Gabrielius Maldunas had a team-high 18 points and 8 rebounds for Nevezis, as Chauncey Collins came close to a double-double, having scored 11 points and dished out 8 dimes.