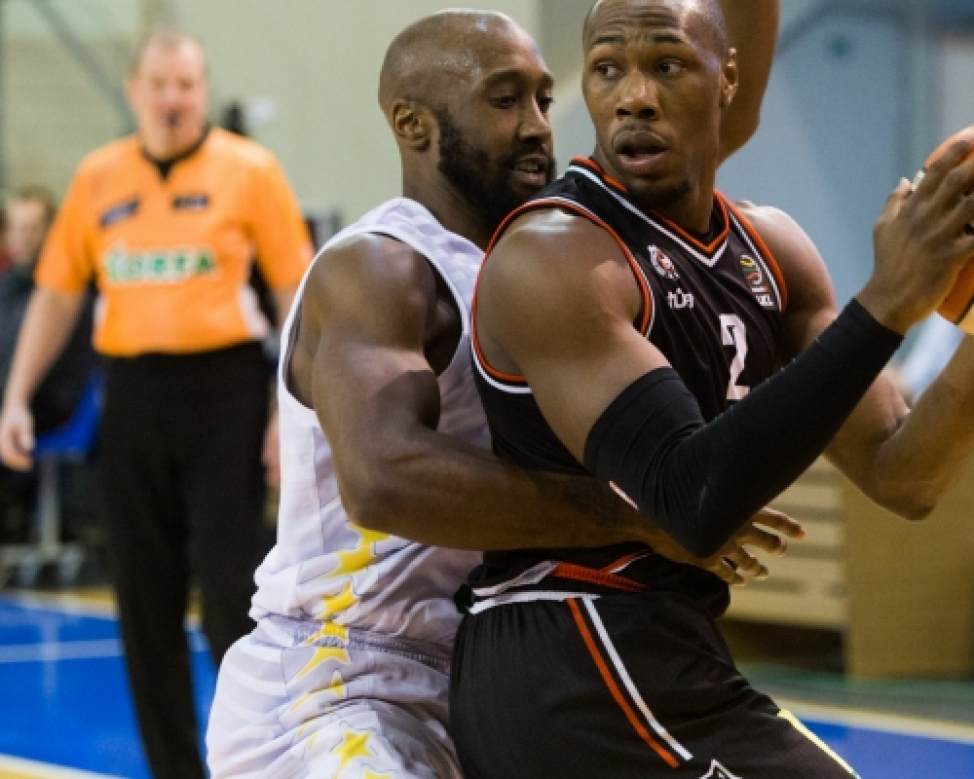 There were wins for two of the Betsafe LKL frontrunners on Saturday, with Rytas overcoming a double-digit deficit to defeat Pieno Zvaigzdes in Pasvalys and Neptunas topping Siauliai on the road.

The Dainius Adomaitis-coached Rytas improved to a 6-1 record with a tough 89-78 victory that saw the Vilnius side trail by as many as 12 points in the first half of the contest.

The score was still tied in the fourth quarter at 73-all, but the visitors went on a game-breaking 7-0 run to swing the balance in their favor.

For Pieno Zvaigzdes, Emmanuel Omogbo had 18 points, with Tomas Galeckas and Vytautas Sulskis chipping in with 13 and 12 points, respectively.

In the other game of the day, Neptunas climbed back atop the league standings with a league-best 7-1 record after beating Siauliai 98-88 away from home.

Lorenzo Williams had a break-out performance with 27 points, 9 assists and 5 steals for a total efficiency ranking of 40, a season-best in the entire league.

Antanas Udras was the top scorer for Siauliai with 18 points and 7 rebounds, while Ignas Vaitkus chipped in with 16 points and 6 assists.