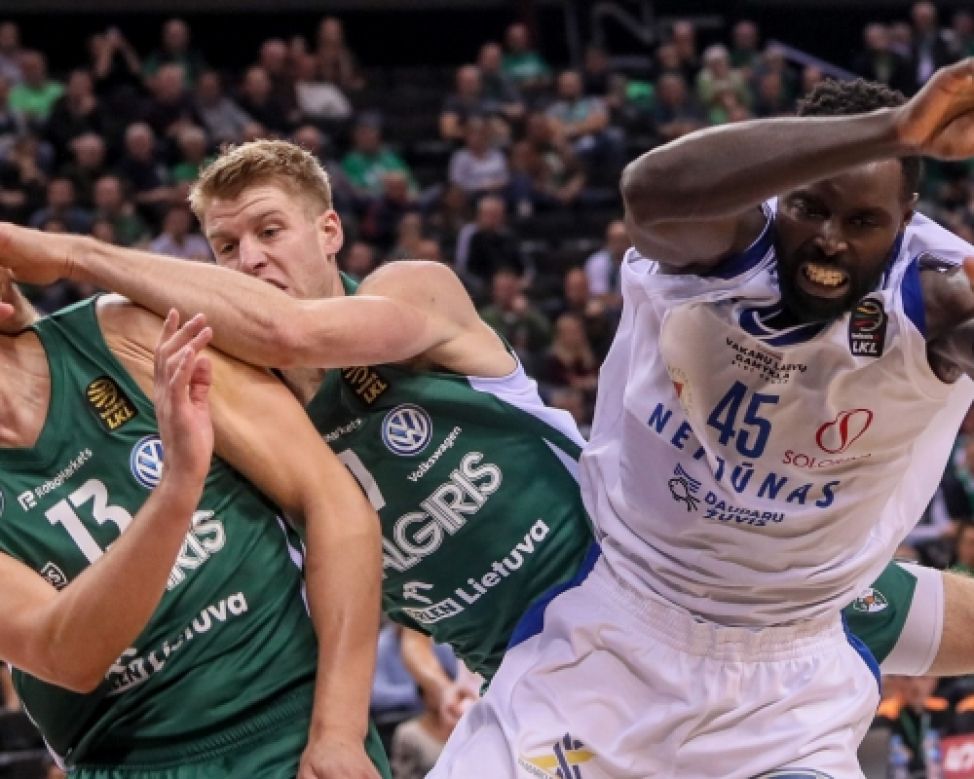 The defending Betsafe LKL champions Zalgiris were beaten for the first time this season, with Neptunas inflicting the defeat in Kaunas on Sunday. The Kazys Maksvytis-coached side celebrated a 75-60 victory on the road to improve to a 5-1 mark in the standings.

The visitors from Klaipeda used a 7-0 run in the closing minutes of the game to pull away to a 68-59 advantage, which they comfortably defended from the free-throw stripe following intentional fouls.

Meanwhile, Nate Wolters and Brandon Davies were the only Zalgiris players in double figures with 12 and 11 points, respectively.

The defeat saw the Kaunas club slide to second place in the table due to the head-to-head result with Neptunas, who share an identicla mark.

Elsewhere, Lietkabelis overcame a poor shooting performance to inscribe an 79-73 victory against Siauliai, the only winless club in the league. The Panevezys club connected on just 4-of-18 attempts from three-point range.

Mindaugas Kupsas and Michael Morrison posted 14-point performances, while Jamar Wilson finished the game with 6 points and 10 assists in just under 20 minutes of playing time for Lietkabelis.

In the only other game of the day, Pieno Zvaigzdes overcame Nevezis 86-80 in a tightly-contested game in Kedainiai, with Emmanuel Omogbo registering 17 points, 4 rebounds and 5 steals.

Lance Jeter had 16 points and 6 assists for the winners, while Yannick Franke and Ivars Zvigurs added 11 and 10 points, respectively.

Chancy Collins and Jon-Christopher Fuller were the only Nevezis players to enter double-digit territory. Collins had a game-high 22 points, while Fuller added 18 points.