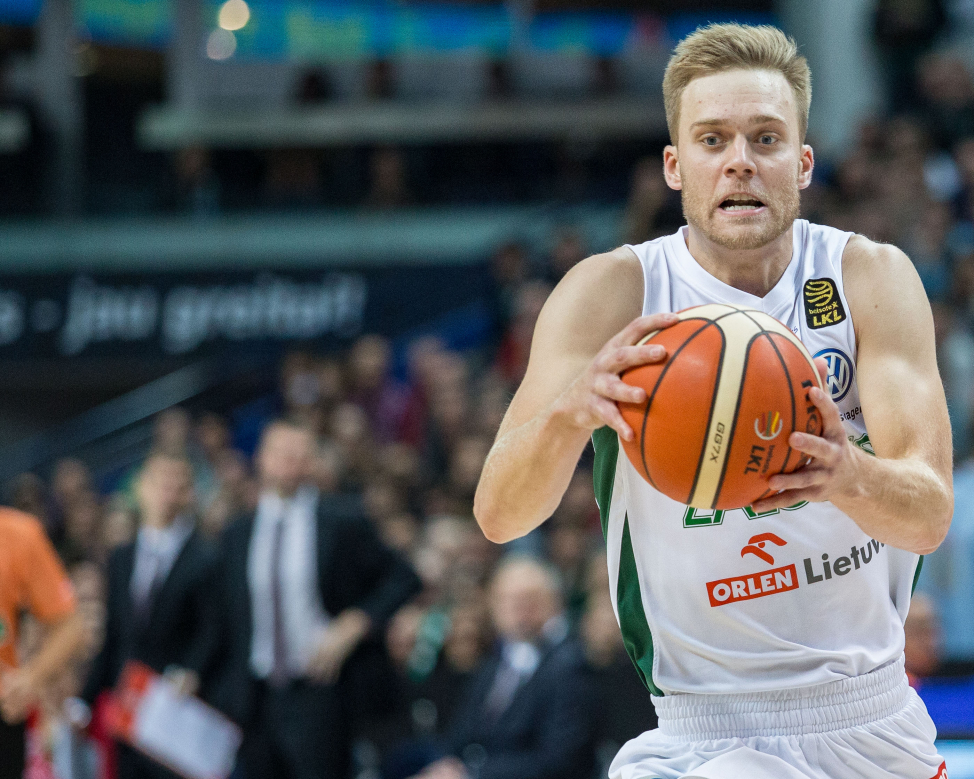 A 22-0 run in the fourth quarter saw the defending Betsafe LKL champions Zalgiris maintain a perfect record with a 76-69 road victory against Rytas at the Siemens Arena in Vilnius on Sunday.

The Kaunas side trailed 68-54 early in the final period, but saw the lead slip out of their hands as their opponents went on a game-winning run with some lock-down defense.

Nate Wolters scored a team-high 20 points for the winners, Marius Grigonis collected 12 points, while Brandon Davies chipped in with 10 points and 5 rebounds.

D.J. Seeley was the only Rytas player in double figures with 22 points and 6 rebounds, with Dominique Sutton and Margiris Normantas adding 8 and 7 points, respectively for the short-handed hosts who played without Chris Kramer.

Lietkabelis also came from behind to score an 81-77 victory against Juventus to move to 3-1 in the standings. After trailing for most of the contest, the Gintaras Kadziulis-coached side roared back into the game with a 23-12 fourth quarter.

On loan from Zalgiris, Paulius Valinskas was the game's leading scorer with 17 points, Saulius Kulvietis added 15 points, while Michael Morrison chipped in with 13 points.

In the only other game of the day, Neptunas eased by Skycop Prienai with a 92-67 scoreline in Klaipeda after outscoring the visitors by 19 points in the second half. The win put Neptunas at 4-1 in the standings.

Tomas Delininkaitis used his playing time efficiently, collecting a team-high 16 points in just 14 minutes of action, while Jerai Grant had 10 points. No other Neptunas players were in double figures, with coach Kazys Maksvytis spreading the minutes around.