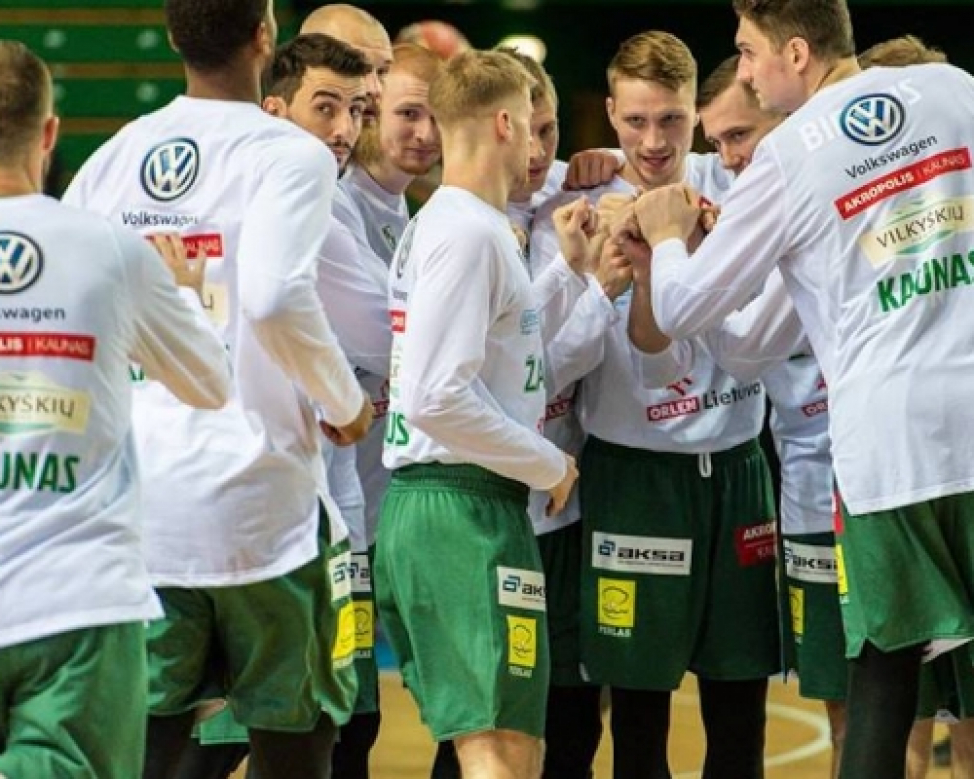 Zalgiris down Nevezis in return to historic home; Juventus and Skycop add wins on Wednesday

Zalgiris marked their temporary return to their historic home with an 81-68 victory against Nevezis at the legendary Kaunas Sports Hall on Wednesday to improve to 4-0 in the Betsafe LKL standings.

Having entered the halftime break with a one-possession advantage, the hosts shot ahead to a double-digit lead with a 21-12 third quarter and never allowed the visitors back into the game.

Team captain Paulius Jankunas came to life at the venue that has seen so much of the club's success, scoring a team-high 14 points, while Brandon Davies chipped in with 12 points and 7 rebounds.

Chauncey Collins was the top scorer for Nevezis with 14 points after making four three-pointers. Martynas Varnas and Valdas Vasylius added 13 and 12 points, respectively.

The defeat extended the poor start of the season for the Kedainiai club, who dropped to a 0-4 record.

Elsewhere, Juventus outlasted Pieno Zvaigzdes 82-79 to get their second win of the season in the Betsafe LKL, with Aleksandr Zakharov going off for 22 points.

The forward from Russia connected on 6-of-10 three-point attempts and was the top scorer in the game, while his teammate Dovis Bickauskis had 20 points.

For Pieno Zvaigzdes, who fell to 1-3, veteran swingman Gytis Sirutavicius collected 17 points, while Emmanuel Omogbo and Tomas Lekunas pitched in with 15 points each.

In the only other game of the day, Skycop got the better of Siauliai in a high-scoring 100-90 contest. It was the second win in four tries for the Prienai club.

Ovidijus Varanauskas had his best game of the season with a 16-point and 10-rebound double-double, Gintaras Leonavicius also collected 16 points, while Martynas Gecevicius fired in 15 of his own.

Having been named Betsafe LKL Player of the Month for September, Ignas Vaitkus delivered a game-high 21 points for Siauliai, while Arminas Urbutis registered 15 points and 10 rebounds.