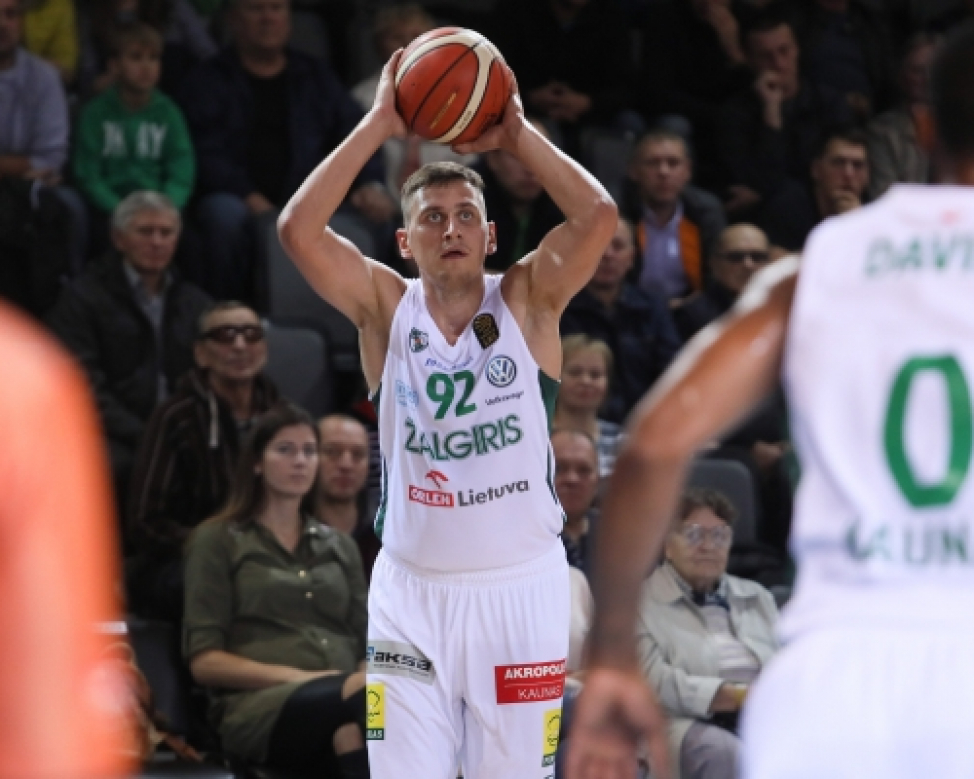 There were wins in store for Betsafe LKL powerhouses Zalgiris and Rytas on Sunday, with both teams improving to league-best 3-0 marks, while Neptunas saw their unbeaten run snapped by Lietkabelis.

Brandon Davies registered 17 points and 6 rebounds, as the defending champions Zalgiris held on to an 87-80 road victory against Juventus, who dropped to a 1-2 record.

For Juventus, Arvydas Siksnius went 6-of-7 from three-point range for a game-high 20 points, big man Vaidas Cepukaitis collected 19 points, while Marius Runkauskas had 14 points in his debut for the Utena side.

The Dainius Adomaitis-coached Rytas earned an easier victory than their main rivals, blowing out the visiting Skycop Prienai 95-66 in Vilnius, with a hot-shooting Eimantas Bendzius leading the way with 17 points.

Dominique Sutton brought energy to the floor with a 15-point and 7-rebound performance, while 17-year-old center Marek Blazevic had 13 points in his best game in the top flight.

Lietkabelis moved to a 2-1 mark in Klaipeda with an 89-76 win over Neptunas, who had won both of their previous Betsafe LKL fixtures this season.

Veteran guard Tomas Delininkaitis went just 6-of-15 en route to a team-high 19 points for Neptunas, while Jerai Grant was the only other player in double figures for the Klaipeda team.

In the only other game of the day, Pieno Zvaigzdes their first win of the season, defeating Siauliai 81-79 on the road after a clutch three-pointer by Tomas Galeckas gave them a winning advantage down the stretch.

Emmanuel Omogbo paced the winners with 15 points, while Lance Jeter, Tomas Lekunas and Vytautas Sulskis chipped in with 13 points each. Galeckas was also in double digits with 11 points.

For Siauliai, Ignas Vaitkus had a 14-point and 12-point double-double, while Benas Griciunas collected 12 points, 5 rebounds and 4 assists.