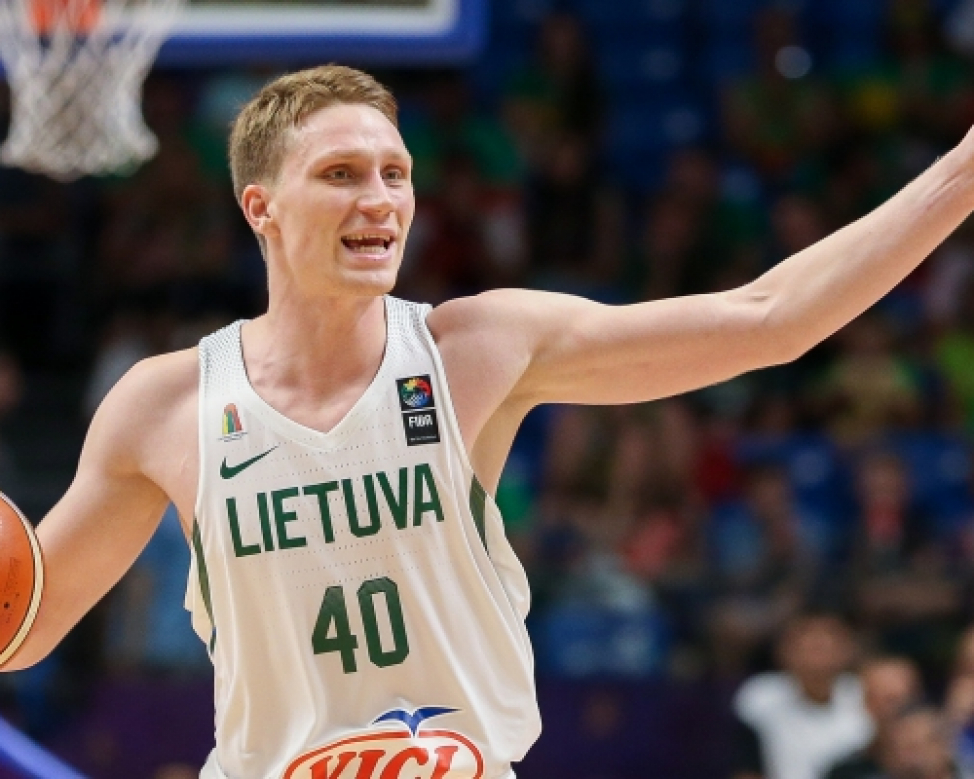 What have Betsafe LKL teams been up to during the off-season?

The off-season buzz in the Betsafe LKL has reached fever pitch, with more and more signings coming through. There is still plenty of work to be done for the teams before the new campaign tips off, but we break down the moves that have already taken place.

You can also check out the up-to-date team rosters here.

The Betsafe LKL champions Zalgiris have not wasted any time this summer, bringing back superstar coach Sarunas Jasikevicius for one more year, while also re-signing Edgaras Ulanovas and Antanas Kavaliauskas.

After a successful season on loan at Siauliai, the Betsafe LKL Regular Season MVP Laurynas Birutis returns to Kaunas as well.

The league's runners-up, Rytas, have been less active on the market than their main rivals, but have also made some acquisitions for the upcoming season, headlined by the signing of Lithuania national team coach Dainius Adomaitis.

His first moves were to bring back Lithuania internationals Eimantas Bendzius and Evaldas Kairys to Vilnius and obtain the signature of Chris Kramer on a new one-year deal.

A lot of contracts from last year are now expired. Following the unexpected departures of Rokas Giedraitis and Egidijus Mockevicius, there are only five other players on the roster: Mindaugas Girdziunas, Deividas Sirvydis, Ben Madgen, Arnas Butkevicius and Martynas Echodas.

Lietkabelis currently have only four contracts on their roster: Dominik Mavra, Donatas Tarolis, Tomas Rimsa and the only signing of the summer Vytenis Lipkevicius.

The club parted ways with coach Ramunas Butautas and trusted the head coach position with his former assistant Gintaras Kadziulis.

The Antanas Sireikia-coached Siauliai lost two of their cornerstones in Laurynas Birutis and Donatas Sabeckis this off-season, forcing the team into a relatively extensive rebuild.

They have recently signed guards Christian Terrell and Diego Kapelan, while supplementing the roster with Rokas Stankevicius and Antanas Udras from the second-tier NKL. Siauliai also retained Ignas Vaitkus and Karolis Lukosiunas.

Eric McClellan is the only new member of Pieno Zvaigzdes so far this off-season, with the Pasvalys club taking a wait-and-see approach to the transfer market. Head coach Gediminas Petrauskas, point guard Tomas Galeckas and forward Tomas Lekunas also have deals for next year.

There are some new signings to be made, but the team building process in Utena is well under way, with Juventus announcing the signings of Aleksandr Zakharov, Connor Burchfield, Gytis Radzevicius and Arnas Berucka.

They join last year's core of Dovis Bickauskis, Kenny Gaines, Karolis Guscikas and Arvydas Siksnius and the returning head coach Zydrunas Urbonas, who was given an extension by the team as well.

After being granted a Betsafe LKL license, Nevezis also started to take shape for next year. The Kedainiai club signed former Pieno Zvaigzdes big man Nikita Balashov and Ignas Labutis from the second-division NKL, while acquiring Aidias Einikis on loan from Neptunas. Antanas Bertasius is the only other player on the team's roster.

There still have been no additions to Dzukija's roster this summer, but the management got their off-season started by retaining big man Paulius Petrilevicius.

They have not been a rush, primarily because they already have seven players on the tabs for next year: Dominykas Domarkas, Paulius Danisevicius, Martynas Pocevicius, Tomas Pacesas Jr., Mindaugas Susinskas, Gediminas Zalalis and Egor Gontarev.

Prienai have not made any signings.